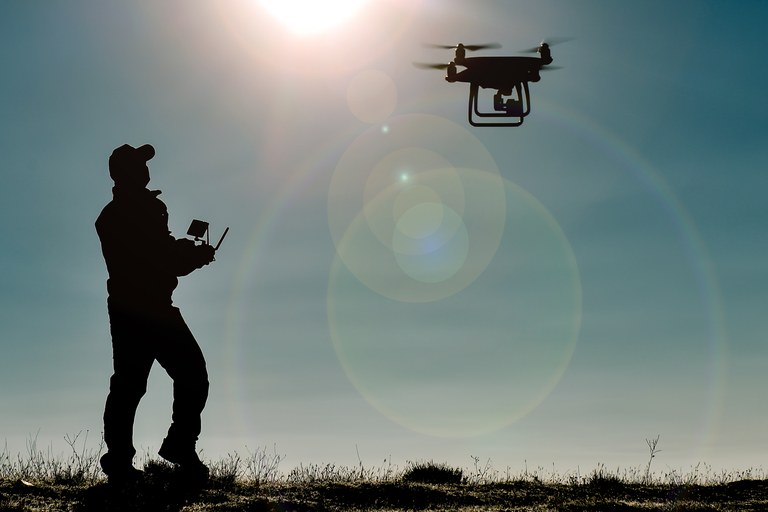 Technological advancements in law enforcement seem endless. Twenty-five years ago, the idea of police officers piloting small, unmanned aircraft systems, also known as drones, seemed unrealistic. But, in 2022, this is commonplace for many agencies throughout the United States. Cost-effective, especially when compared to a traditional aircraft unit, a drone program in departments of all sizes is within arm’s reach.

Recently, the chief of the Casa Grande, Arizona, Police Department (CGPD) received an unexpected call from a state agency offering to fund a drone program. Because of the rarity of such calls, he graciously accepted the offer. However, the department did not know where to start. Fortunately, a retired law enforcement executive with extensive drone experience stepped in to advise.

Many agencies may not have such assistance available. To this end, the CGPD’s experience and lessons learned can help guide other departments.

Any new initiative requires careful thought, planning, and consideration. To make it easier, leaders should consult with other jurisdictions to establish a set of guidelines or best practices. 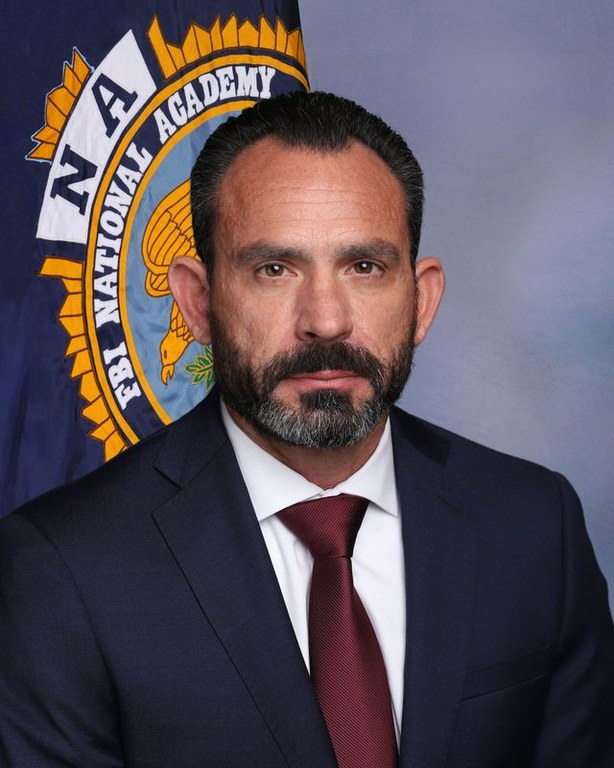 Lieutenant Ramirez serves with the Casa Grande, Arizona, Police Department and is a graduate of FBI National Academy Session 281.

Drones are widely used for various law enforcement tasks, including photography, videography, mapping, and search and rescue. Before investing in this technology, departments should carefully consider how they will employ it.

Deciding how the agency will use a drone is the most critical aspect of starting a program because it will significantly help create a budget. Although drone programs cost far less to implement and run than a fixed or rotary-wing unit, the expenses can still add up. Departments must be wise stewards of public money while ensuring their purchase will serve the intended purpose.

After careful thought, the CGPD chose to employ drones for surveillance, investigations, and tactical operations. These purposes may prove appropriate for other agencies as well.

Having a bird’s eye view enhances officer and citizen safety and gives leaders another perspective, helping them make critical decisions. When looking at how drone surveillance could improve their operations, departments should consider areas such as operational planning, search warrant service, fugitive apprehension, traffic enforcement, and public event management.

Regardless of the type of investigation conducted, viewing the scene from above gives officers a different perception of distance, angles, and critical points of interest. Drones are also an excellent tool when searching for people and items pertinent to a case — for instance, an essential piece of evidence a suspect tossed in an open field. While boots on the ground cannot be replaced, drones can increase efficiency and effectiveness. Drone pilots can find persons and guide officers to that location while providing critical information, potentially making the encounter safer for everyone involved.

The CGPD has used drone technology for investigating collision scenes, severe injuries, and fatal crashes. A high-quality video can articulate a scene better than a picture. Further, aftermarket 3D software can map out a scene much faster than officers.

Drones have many potential tactical uses that can focus on some aspects of surveillance and investigations but can also be customized to fit an operation. For example, when a tactical team is en route to serve a high-risk warrant, surveillance units are typically set up near the location, keeping a watchful eye for changes. But, what is going on around the corner, a street over, or, for that matter, a few blocks away? Drones can help by flying over the area and transmitting accurate information to tactical commanders. This allows agencies to see and address potential threats and safety concerns before it is too late.

Once an agency decides how it will use this technology, it must choose the type of drone(s) and equipment to buy. Department members lacking familiarity with drones can contact other jurisdictions with an existing program for input. In addition, the internet has a wealth of information. A YouTube search will reveal many enjoyable and educational videos from major U.S. law enforcement agencies.

The CGPD purchased two drones. Having a nearby store on state contract made procurement much easier. After the agency explained how it wanted to use the drones, sales personnel made suggestions on which models to purchase. They also came to the department to give command staff a demonstration of the drones’ capabilities. This paid great dividends as many questions were answered, myths were debunked, and everyone had a chance to fly them.

Two different platforms give the CGPD a choice of how to employ each drone. One is more versatile as a spotlight and zoom camera, and a speaker can be added. The other is much smaller and more conducive to mapping a scene.

Regardless of make and model, agencies have other matters to contemplate.

Ideally, departments will choose drones with a long flight time. While several factors can influence this duration, at least 30 minutes in the air is generally desirable.

Considering the cost, agencies should research the life expectancy of each make and model’s battery and how to preserve its charge. If the budget allows, purchasing extra batteries is wise.

To charge batteries in the field, some departments buy an inverter and install it in a vehicle, while others purchase a generator. The CGPD uses a generator to power a battery station, considering this option was more versatile than relying on one vehicle equipped with an inverter.

While drones are sophisticated pieces of equipment, accidents occur. They can result from pilot error, weather, or equipment failure. When this happens, can the agency afford a replacement? Can the department cover the repair costs if something breaks? Most drones come with an option to purchase an extended warranty — this is worth considering.

Unexpected events happen and sometimes lead to injury or property damage. Although careful pilot selection, training, and policy adherence reduce the chance of this occurring, ensuring the drone is covered by an insurance policy is both prudent and responsible.

Some drones need a cell phone or tablet with an internet connection to fly. In these instances, the electronic device plugs into the controller; a view of the drone’s camera is transmitted to the device’s screen, which is also used to change drone settings and perform various functions. Other models’ controllers may come with a built-in screen and connect directly to the internet.

The CGPD has both types of drones, and both use a Wi-Fi jet pack to connect to the internet. A department-owned tablet is required for the drone that needs an electronic device.

If an agency uses a drone for mapping or scene reconstruction purposes, it will need software to convert images into 3D models from which investigators will accurately take measurements and document the scene. Departments must make sure their computers can support the requirements of any software chosen.

The CGPD found that although its computers met the minimum standards, they could not be used for anything else while the software converted the images. This was inefficient because investigators were restricted from working on other tasks. A robust laptop to use with the software — an expense not initially considered or budgeted for — became a necessary investment.

When developing its drone policy manual, the CGPD reached out to several other agencies and obtained copies of theirs to use as a foundation. Also, the company that initially trained CGPD pilots allowed its operations manual to be adopted and customized by the department.

Regardless of how agencies create policy, they have several important areas to consider.

When choosing its pilots, the CGPD wanted to ensure interested candidates were well-versed in the policy and operations manuals. To do this, the agency gave every applicant a copy of each manual and one month to study them. A passing score was 70% or above. Among the 15 applicants, the lowest score was in the high 70s. The top seven — those selected — scored in the high 80s and 90s.

Chosen pilots attended the Federal Aviation Administration’s (FAA) 40-hour remote pilot exam preparatory course. Upon completion, they had one month to obtain their FAA license. The pilots were then required to complete two hours of daytime and two hours of nighttime flying before becoming operational. Additionally, they must attend monthly in-service training.

Agencies must establish who can authorize drone deployments. This ensures missions are within policy and in the best interest of the organization. Typically, requests should be made as far in advance as possible.

In the CGPD, a sergeant — one of the pilots — serves as program manager. All requests go through him for approval, including emergency and after-hour inquiries, which are first coordinated through the on-call command officer.

Similar to inspecting a patrol car before driving, pilots should conduct preflight inspections to ensure the drone is safe to fly. Referring to the device’s operation manual is a wise start. Also, vendors may have a preflight checklist available for an agency to follow.

Although starting a new program can be tiresome, it does not need to be. Reaching out to other agencies for help can ensure all bases are covered and the effort is successful.

When preparing to implement a drone program, deciding how the department will use the technology, choosing the type of equipment to purchase, and settling administrative matters are important steps. Giving these areas careful consideration will ensure the program pays dividends not only to the department but to the community for years to come.

“When preparing to implement a drone program, deciding how the department will use the technology, choosing the type of equipment to purchase, and settling administrative matters are important steps.”

Lieutenant Ramirez can be reached at bramirez@casagrandeaz.gov.