Focus on Officer Safety: Getting to Know the Adversary

Getting to Know the Adversary 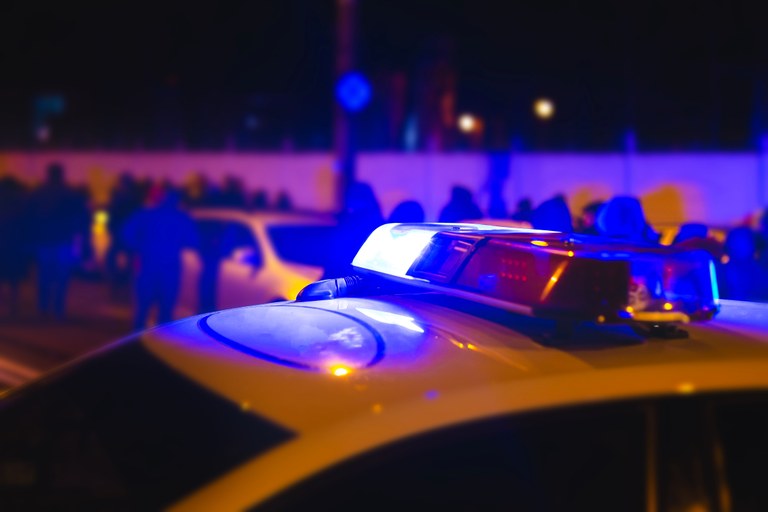 What if agencies had access to information today that could help prevent the felonious killing of law enforcement officers in the future? The FBI’s Officer Safety Awareness Training (OSAT) program continually works toward that goal. OSAT leverages various resources, including the bureau’s Law Enforcement Officers Killed and Assaulted (LEOKA) Data Collection, to assist with this initiative.

LEOKA compiles valuable data on officers killed and assaulted in the line of duty and releases annual statistics as well as periodic studies. This information can show trends, patterns, and areas of concern for possible insight into how officers might be killed. In turn, OSAT uses the data along with other information to partner with law enforcement personnel in promoting officer safety through awareness, suggested policy and procedure changes, and training.

One pattern found in LEOKA data for 2011 to 2020 stems from offenders’ judicial history prior to feloniously killing a law enforcement officer. During this 10-year period, 502 known perpetrators held responsibility for 503 officers’ deaths.1 Of those offenders, 404 (80.5%) had at least one prior arrest (table 1).

Looking at the top five offense categories, 221 perpetrators were arrested for drug law violations, 210 for other crimes of violence (a category used until 2019 that included arrests for aggravated assault, rape, and robbery), 178 for weapons violations, 109 for resisting arrest, and 59 for assaulting an officer. Considering the totals of all those categories, it is important to note that several of the known offenders had more than one type of arrest.2

When examining the status of the 502 known perpetrators at the time of the incidents reported for 2011 to 2020, 130 (25.9%) were under judicial supervision (table 2). This includes 51 on probation, 35 on parole, and 28 on conditional release, pending criminal prosecution. In addition, 11 were under some other type of judicial supervision.3

The data clearly supports the premise that most offenders who murder police officers have one or more prior arrests, and many are under some type of judicial supervision at the time of the attack.

A top area of concern for law enforcement officers is arrests. Understanding why critical injury assaults and line of duty deaths occur in these situations is critical to developing better safety protocols.

OSAT research provides a better understanding of why arrests might influence a deadly or dangerous encounter. This contextual information has been gleaned over the years through case studies as well as interviews of both offenders who have assaulted or killed officers and officers who have been assaulted.

Two publications, In the Line of Fire: Violence Against Law Enforcement and Violent Encounters: A Study of Felonious Assaults on Our Nation’s Law Enforcement Officers, found that a perpetrator’s desire to remain free was a motivating factor for killing or assaulting an officer. Case studies from In the Line of Fire found the primary intention of the offenders at the time of the assault was to escape and avoid arrest.4 Likewise, according to Violent Encounters, many of the perpetrators stated their motivation for assaulting an officer was to avoid jail. “Significantly, 30 of the 43 offenders ... stated that they had made specific plans to take action against law enforcement officers if interrupted, confronted, or stopped by them during the commission of a crime.”5 This information supports a perpetrator’s desire for freedom at any cost and emphasizes the dangers officers encounter during an arrest situation.

As shown by the statistics, officers must consider that offenders with a previous criminal arrest are more likely to kill or assault them. However, the lack of an arrest or incarceration history does not eliminate an individual as a potential threat. Of course, those who have not been arrested or incarcerated value their freedom. Officers must continuously maintain a heightened sense of awareness when an arrest is imminent, probable, or perceived by a subject.

Alcohol and Other Drug Usage

Decision-making is altered by alcohol and other drugs, increasing the probability that a person will assault or kill a police officer in an intense situation. LEOKA addresses this concern by gathering data about an offender’s use of alcohol or a controlled substance when they feloniously killed or assaulted a law enforcement officer. Of the 502 offenders in the incidents reported for 2011 to 2020, 110 (21.9%) were reported as under the influence of alcohol and/or other drugs (table 2).6

In the most recent LEOKA publication, Ambushes and Unprovoked Attacks: Assaults on Our Nation’s Law Enforcement Officers, researchers found a history of alcohol and other drug abuse prevalent among the perpetrators interviewed. According to the study, 25 of 30 offenders said they had a history of regular alcohol consumption, and 22 reported the habitual use of illicit drugs.7 The study did not distinguish whether the offenders were under the influence of alcohol or other drugs during their attack of an officer.

LEOKA also gathers information about offenders with mental health issues who feloniously kill or assault an officer. The 2011 to 2020 data shows the victim officer’s agency knew 28 of the 502 offenders had a mental disorder when the murder took place.8 Although this number of offenders is not as high as in some of the other demographics discussed, mental health is an important area to explore.

OSAT research addresses this topic by looking at offenders’ personality disorders. Various types of mental and personality issues have different indicators and patterns, and officers may find it difficult to understand the signs and behaviors of individuals who experience mental illness. Lack of knowledge related to a subject’s behavior may make the officer vulnerable to an attack.

Killed in the Line of Duty includes case studies that support the idea that the police community should become better educated on mental and personality disorders to help officers understand these behaviors.9 Law enforcement could work with proper authorities to refine communications regarding individuals with mental health challenges and alert officers before they arrive on scene. Such additional support and situational awareness may prevent an assault or death from occurring.

The Officer Safety Awareness Training program challenges officers to be proactive regarding their safety by using the available resources, which could help them prevent or survive an attack.

Law Enforcement Officers Killed and Assaulted data, including downloadable tables and files, is available on the FBI’s Crime Data Explorer at https://crime-data-explorer.fr.cloud.gov/pages/downloads.

Police professionals can access LEOKA and OSAT’s four special studies — Killed in the Line of Duty, In the Line of Fire, Violent Encounters, and Ambushes and Unprovoked Attacks — on the Law Enforcement Enterprise Portal (LEEP) at https://www.cjis.gov/CJISEAI/EAIController. LEEP is free to certified officers who receive approval through the online application process.

Mr. Wright, a retired West Virginia state trooper, is an instructor with the FBI’s Officer Safety Awareness Training program. He can be reached at pdwright2@fbi.gov.