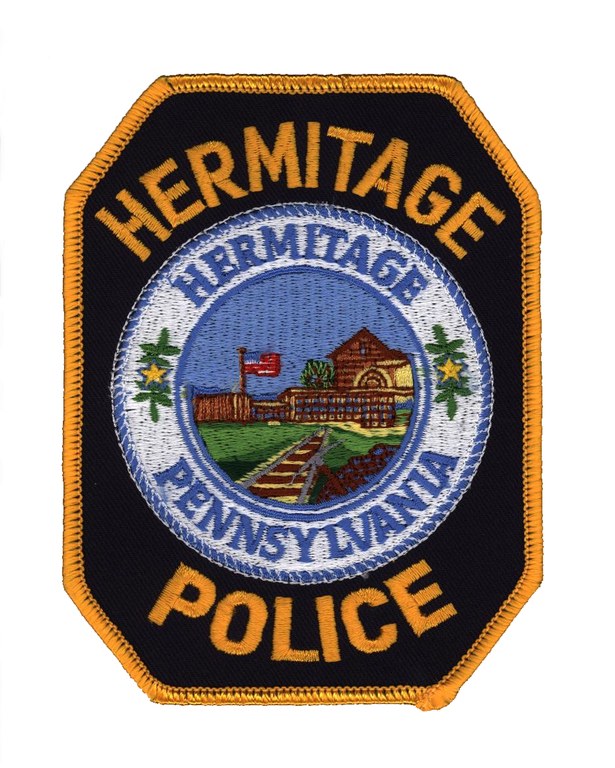 Hermitage, Pennsylvania, derives its name from former president Andrew Jackson’s homestead. Its police department’s patch features the city seal, which illustrates past and present. Depictions include an old grist mill, a coal pick, and a rail line used to transport coal to the steel mills. The new city building sits in the center. On either side of the seal are hickory leaves with a star, depicting the old name of Hickory Township.