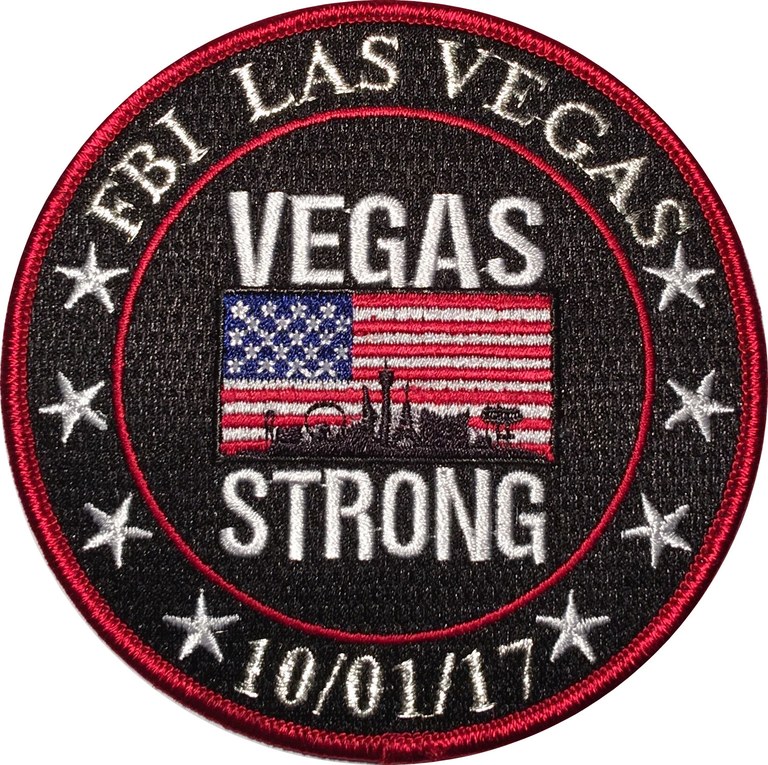 On October 1, 2017, the worst mass shooting in U.S. history took place on the Las Vegas Strip. During this tragic event, an active shooter located on a high floor in a nearby hotel targeted attendees of the Route 91 Harvest festival. To prevent further loss of life, officers from the Las Vegas Metropolitan Police Department (LVMPD) responded immediately to engage the gunman. In the aftermath, LVMPD worked with the FBI’s local field office to determine the individual’s motives.

Each agency commissioned a special shoulder patch related to the event. LVMPD’s design, an adaption of its normal patch, commemorates the heroic actions taken by its officers that day. An outline of the Las Vegas Strip appears in the background with a thin blue line below it symbolizing law enforcement. The FBI patch honors the actions and investigation conducted by the agencies. The American flag appears in the background with an outline of the strip. Both patches feature the words “Vegas Strong,” which became the slogan of the community.