Officer Survival Spotlight: Much More Than a Job - Creating a Lasting Tribute

Much More Than a Job: Creating a Lasting Tribute 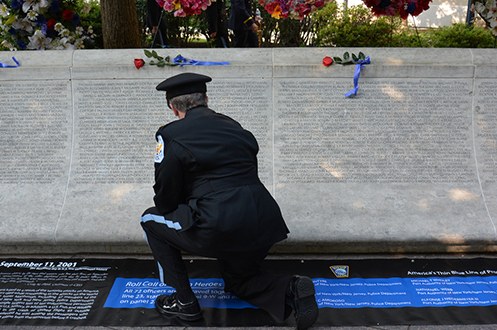 “The beginning of wisdom is to call things by their right names.” If we were to subscribe to this Chinese proverb, then all 19,981 names engraved on the walls of the National Law Enforcement Officers Memorial (NLEOM) would be changed to “hero.” The groundbreaking for the NLEOM was in 1989, and the memorial officially was dedicated 2 years later in October 1991. The 2013 candlelight vigil marked the 25th anniversary of the vigil and the 23rd year the memorial has been in place.

In 1962 President John F. Kennedy proclaimed May 15 as National Peace Officers Memorial Day and the calendar week in which May 15 falls as National Police Week. Established by a joint resolution of Congress, National Police Week pays special recognition to those law enforcement officers who have lost their lives in the line of duty for the safety and protection of others.

If people did not know better, they would assume the NLEOM was just another memorial in a city known for them. Law enforcement officers from across the nation and families of fallen heroes know this site to be hallowed ground and uniquely different from all other memorials, unique because it honors America’s domestic soldiers who fought wars on the nation’s streets and different because the memorial changes every year with the addition of new names. What has not changed in the 23 years in which the memorial has been in place are the two men who painstakingly have stenciled and engraved every fallen officer’s name, forever honoring the ultimate sacrifice upon marbleized limestone.

Two Denver-based craftsmen, Jim and Kirk, first began working in Washington, D.C., in 1986 as the contractors hired to add names to the Vietnam Veterans Memorial located on the National Mall. Their workmanship and attention to detail secured their selection as the stencilist and engraver for the NLEOM. 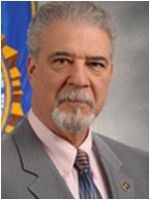 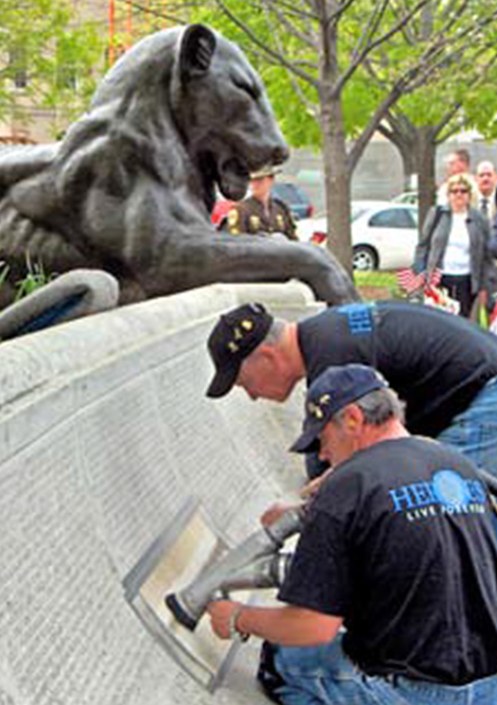 In the 1970s these two men pioneered a system of photographic stenciling and still use this technology today. The process involves creating a rubberized stencil with a row of up to six names to be added to a single memorial panel. The stencils are affixed to the panel, and a sandblasting-type of system, using a resin composite in lieu of sand, involves firing particles against the stone at a velocity of 80 pounds per square inch. The engraver slowly sweeps back and forth to ensure each letter is uniform in shape, size, and depth. Getting the depth right is both a scientific experiment and a work of art.

The stone for the memorial originated from Canada. It is a marbleized limestone and presents unique challenges because it is both hard and soft. Therefore, the engraver must know which stone he is working with to ensure a consistent depth of all letters. To this end, measurements are routinely taken throughout the process.

Around the middle of April each year, Jim and Kirk arrive in Washington, D.C., to start work on the memorial. They complete about six panels a day, each containing up to six names, for an average of 36 names per day. Since taking on this mission in 1989, the men have engraved as few as 250 and as many as 480 names per year. In April 2013 they added 321 new names to the memorial. Unfortunately, this team finds work plentiful.

When asked if they think of their work as a job, Jim said, “We can’t call it a job. Too much goes into it, too much meaning. It’s not that simple. I think about every single name as they are added to the wall, the sacrifice they made, and why we’re here. It’s all very emotional, and I feel this huge sense of honor and privilege to be part of it.”

“This is work that means something,” Kirk said. “This memorial gives comfort to the families. I think about the families left behind, the survivors. I do this for them. I feel incredibly honored to work on this memorial.”

The NLEOM means a lot of different things to many people. From my own perspective, the memorial is a place to reflect and honor the people I personally knew and worked with while serving 28 years with the Metropolitan Police Department (MPD) in Washington, D.C. During my tenure, the MPD added 23 names to the NLEOM. I believe the highest tribute I can pay these heroes is to study the circumstances that brought them to the memorial and learn from them so history is not repeated.

As hard as Jim and Kirk work to carefully add names to the memorial, there are organizations, like the FBI’s Law Enforcement Officers Killed and Assaulted (LEOKA) Program, that work just as hard to keep additional officers from reaching the memorial. The LEOKA Program uses data collection and research to identify situations in which officers are killed and assaulted, statistical descriptions of those incidents, and the publication of data to aid law enforcement agencies in developing policies to minimize risk and improve officer safety. The ultimate goal of the LEOKA Program is to make the NLEOM just like the rest of the memorials in Washington, D.C.—never changing.

Jim and Kirk’s feelings toward the memorial run deep and are comprised of mixed emotions. Jim questions the need for such a memorial. “I really hate putting names on the wall,” Jim said. “I honestly wish we didn’t have to do it, that there would be no reason for it.” Kirk agrees and believes the memorial is a wonderful tribute to those who gave their lives in service to others. However, he also sees the memorial as a vivid reminder of the violence woven into the fabric of this nation.

One thing is for certain. Until Jim gets his wish and the LEOKA Program accomplishes its ultimate goal, we can take comfort in knowing these two men stand ready to honor the ultimate sacrifice of our fallen officers with unmatched workmanship and attention to detail. Although cities, such as New York, may have some of the highest priced properties in the United States, I am convinced that the three acres that comprise the NLEOM hold the most value—law enforcement officers first must pay the ultimate price to be inscribed upon these memorial walls.

“Carved on these walls is the story of America, of a continuing quest to preserve both democracy and decency, and to protect a national treasure that we call the American dream.” 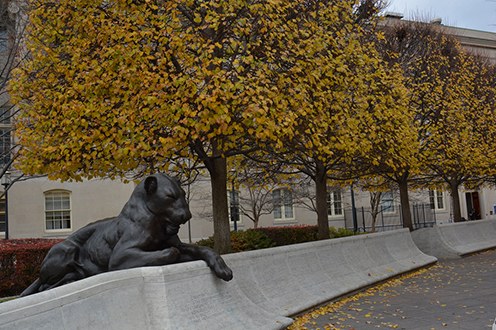 Mr. McAllister can be contacted at brian.mcallister@ic.fbi.gov.