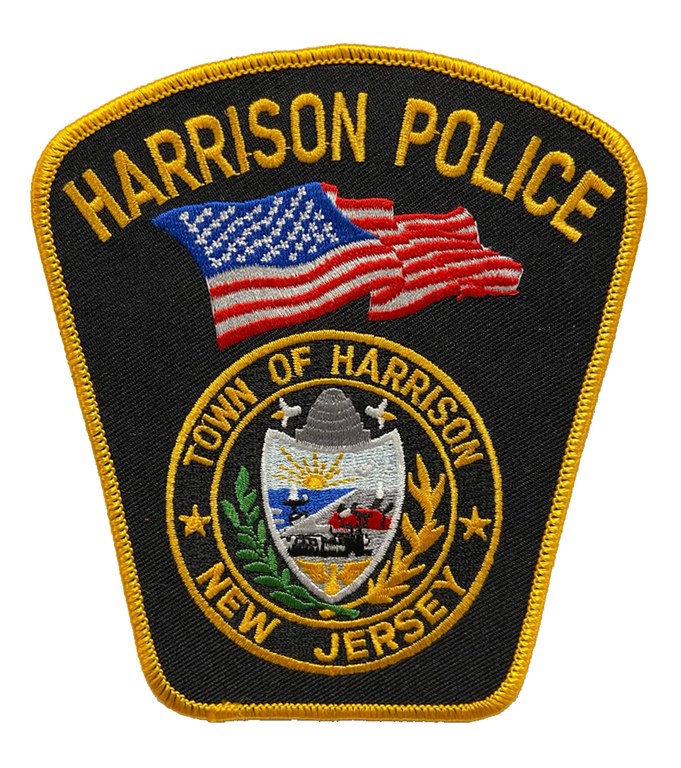 The patch of the Harrison, New Jersey, Police Department proudly displays the American flag. Within the seal are several pictures significant to the town and its history. Atop the central seal is a beehive because Harrison is known locally as the “Beehive of Industry.” Below the beehive is a waterway and sailboat to represent the Passaic River that almost surrounds the city. A factory symbolizes those located in the town. A train represents the crisscrossing of several rail lines. The gold and green vines along the bottom of the seal symbolize the multiethnic makeup of the town’s population.