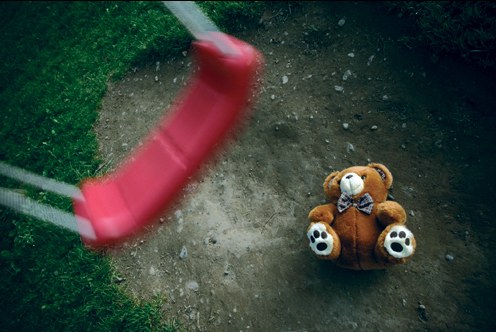 A neighborhood canvass may cover the area around the victim’s residence or last known location—the most recent place the victim was sighted after the initial abduction. An effective neighborhood canvass provides intelligence about the physical location and its residents. Thorough searches of the victim’s neighborhood and last known location, in conjunction with interviews, help investigators develop potential suspects and establish a timeline for the missing child. According to BAU’s CARP, in many cases, the offender resided, worked, frequently visited, or otherwise spent time in the immediate area of the abduction. If executed meticulously and in a timely manner, a neighborhood canvass can provide crucial intelligence about potential suspects.

A thorough neighborhood canvass allows investigators to search for the missing child while identifying and interviewing all individuals near the victim’s abduction site or last known location during the critical period that follows a child’s disappearance. In the hours immediately following an abduction, investigators must begin the canvass promptly as there typically is a two-hour delay in missing children being reported to authorities.6 During this process, officers should interview every resident and visitor from the neighborhood in question.7

Additionally, any missing child case poses myriad possibilities for the cause of the victim’s disappearance aside from abduction. The victim could be a runaway, lost child, “throw away” child, or victim of accidental death. Even further, the abduction could have been completely fabricated to cover up a family member’s crime against the victim or other such domestic issues.8 Assessing the aforementioned items will eliminate some possibilities of how the child disappeared, reveal the options that remain, and help investigators decide which leads they need to pursue.9

BAU reports that when investigators receive a missing child complaint, determining the child’s whereabouts presents the most challenging task. Crucial locations to search include any nearby isolated area where an abductor would feel safe and secluded enough to take the child. This includes drug houses, vacant properties, trails and parks, closed construction sites, empty parking lots and garages, abandoned businesses and factories, trailers, and storage lockers.10

Perhaps even more critical, a neighborhood canvass can reveal if a reported abduction never occurred at all. For example, if parents or guardians injured or killed a child during a domestic dispute, they may report that the child went missing to cover for their crime—this also is known as a false allegation. In these instances, interviews with neighbors may provide critical information, such as suspected child abuse or an unstable family situation, which could lead investigators to discover that the child was not abducted at all. If an abduction never occurred, the sooner investigators reach this conclusion, the less time and resources they waste on a fruitless search.

FBI reporting analyzed the investigative tools used in 61 child abduction cases in fiscal year 2010 and indicated that 50 percent of these cases were solved or at least significantly assisted by the immediate execution of a neighborhood canvass.11 Additionally, the FBI outlines different levels of thoroughness to describe neighborhood canvasses. Level 1, the most detailed canvass, is likeliest to provide investigators with vital information to assist them in their investigation.12 A Level 1 canvass requires interviews with all residents in the vicinity of the last known location, along with an effort to obtain lawful consent from the residents of the homes, to search the front and back yards of nearby houses, as well as abandoned buildings and other publicly accessible areas. Investigators also can request that residents allow a search of the interior of their homes. When legal requirements permit and a true abduction is suspected, investigators may search a location without the residents present. Ideally, every neighborhood canvass should be held to the Level 1 standards of thoroughness to ensure a complete investigation. FBI child abduction case examples demonstrate the effectiveness of employing a neighborhood canvass.

The neighborhood canvass has proved one of the most critical and effective investigative tools for child abduction investigations. The intelligence gleaned from these interviews and searches helps investigators accurately develop a timeline, identify suspects, gather new evidence, and realize when allegations of abduction are false.15 A prompt, thorough, and well-executed neighborhood canvass can make all the difference in an abduction case and, thus, between life and death for a child.

“A neighborhood canvass may cover the area around the victim’s residence or last known location—the most recent place the victim was sighted after the initial abduction.”

Ms. Douglas serves as an intelligence analyst in the FBI’s Criminal Investigative Division.

3 For the purpose of this article, the author defines abduction as “the initial report of a child being taken without the knowledge of a parent or guardian.”

5 High confidence generally indicates that FBI judgments are based on high-quality information from multiple sources or a singly highly reliable source or that the nature of the issue makes it possible to render a solid judgment.