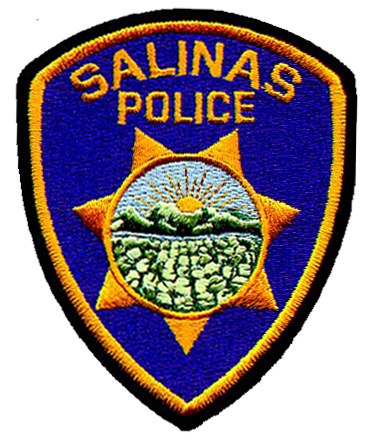 The Salinas, California, Police Department patch is a symbol of hope, unity, and common purpose. It displays the fertile Salinas Valley, home of author John Steinbeck and the setting of many of his notable works, including East of Eden, Of Mice and Men, and The Long Valley.

Bountiful lettuce fields are featured against the Gabilan Mountains and Salinas River. The sun is depicted rising over Fremont Peak and the mountains, its rays reaching out over the valley with the hope and promise of a new day.

Salinas is an agricultural community with a large migrant Spanish-speaking population. The patch transcends language and cultural barriers and has at its heart a literal and symbolic depiction of the community’s common ground — agriculture.