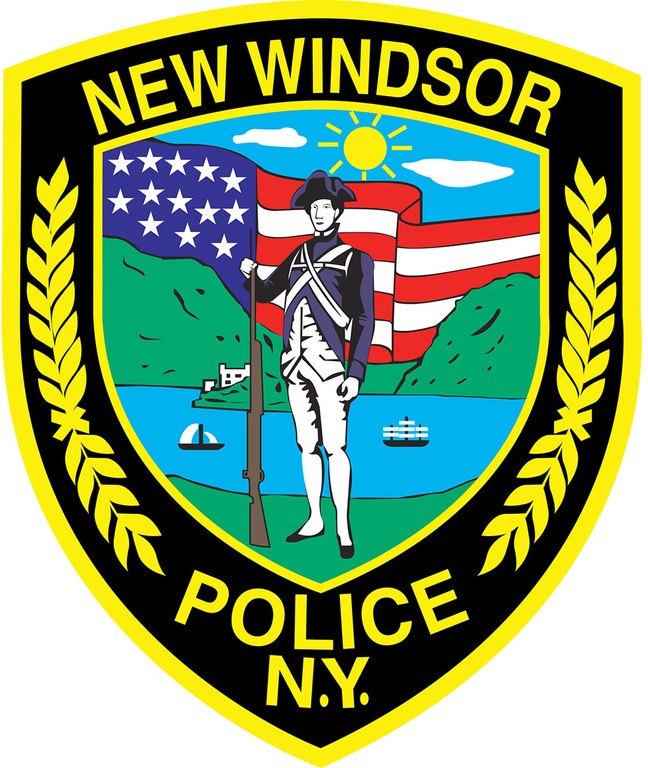 The Town of New Windsor, New York, Police Department’s patch illustrates local and historical features. A soldier represents principle and pride, as well as the troops stationed at the New Windsor Cantonment under General George Washington during the Revolutionary War. Tucked behind the mountains of the Hudson Highlands—Breakneck Ridge and Storm King Mountain—is the American flag, with 13 stars representing the original colonies, denoting patriotism and independence. The rising sun signifies freedom and the birth of a new nation, and the wreaths on either side of the patch symbolize olive branches.

The patch also depicts New Windsor’s shore at Plum Point on the Hudson River. The ship to the soldier’s left represents the Half Moon, English explorer Henry Hudson’s ship. The triple-masted vessel on the right represents commerce and the ships that transported goods and raw materials from the Port of New Windsor. Pollepel Island rests behind the ships.

In 1783, Washington gave a powerful speech to his soldiers at the Cantonment. He strove to impress upon them the importance of principle, patriotism, and patient virtue. He spoke of dignity, honor, justice, the rights of humanity, veracity, gratitude, and peace. These core values set the foundation for the mission and purpose of the Town of New Windsor Police Department.