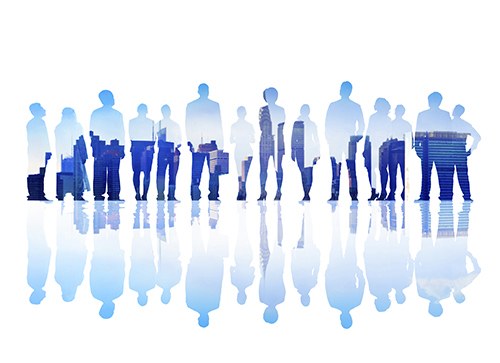 As we begin 2015 a new leadership challenge for policing has emerged: The lack of trust from minority communities and the perception of racial bias thrust upon men and women in blue. Building trust in communities has been an ongoing effort by police since Sir Robert Peel’s principles were written in 1829. I am extremely disturbed by this phenomenon that has consumed the public and the media over the last several months.

I am especially troubled because later this year, I will retire after serving 36 years in the noble profession of policing. I have been fortunate to have served as a police officer in several communities, a chief of police, and an FBI agent, and I now am completing my federal law enforcement career as an instructor of leadership at the prestigious FBI National Academy in Quantico, Virginia.

Our chosen profession is a true calling to serve and make a difference in the lives of others. I feel so lucky and humbled to have dedicated my life to the service of others, and I have enjoyed such a rewarding career. This brings me back to the current climate of controversy facing officers today. Like all police officers I was drawn to this challenging field of public service, and working in several law enforcement agencies has provided me a unique perspective on policing.

In 36 years I personally have never worked with a police officer or special agent who harbored even a hint of prejudice or racial bias. I do not know a single police officer who would not lay down his or her life to save the life of another person regardless of race or culture. As an instructor at the FBI Academy, I have met thousands of police officers—dedicated to the service of policing—from around the world who are some of the finest human beings I ever have met.

Law enforcement executives cannot stand by and allow our noble profession to be tarnished. A new policing strategy must be employed in collaboration with the community and clearly communicated to the citizenry that all lives matter. To police officers this is obvious, but we must recognize that the citizens we serve may not be as convinced. A powerful education campaign must be undertaken to help the public understand the complex nature of policing in a democratic society. The importance of legitimacy, trust, and transparency must be central to this effort.

We must remain willing to examine all policing practices with an open mind, particularly those involving the use of force. We should challenge our paradigms and strive for continuous improvement in all that we do to build trust and partnerships in the communities we serve.

Recently, Reverend Jarrett Maupin, an antipolice activist protestor, civil rights leader, and self described “radical political activist” marched in protests against the Phoenix, Arizona, Police Department following the shooting of an unarmed man. He later was invited to participate in a series of life-threatening, scenario-based training exercises with the Maricopa County, Arizona, Sheriff’s Office. After this experience, in his own words, he admitted that his attitude has changed following the scenarios.1

As I pass the torch to the next generation of police professionals, I ask that we never forget those who have worked hard to ensure our profession is one of integrity, fairness, and professionalism. There still is much work to be done. We are counting on you!

Special Agent Michael McAuliffe, an instructor in the Faculty Affairs and Development Unit at the FBI Academy, prepared this Leadership Spotlight.