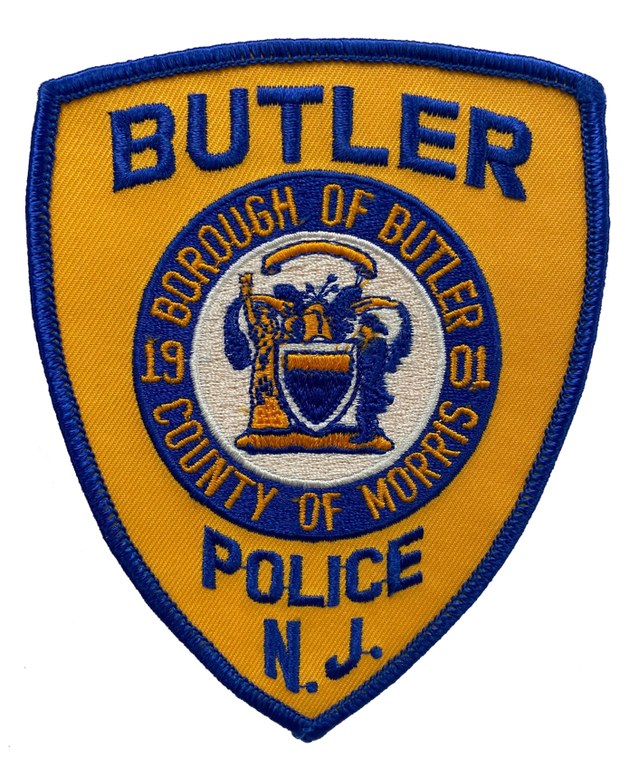 The Butler, New Jersey, Police Department patch consists of the town’s coat of arms, which features a heart-shaped shield flanked by the Statue of Liberty and a fireman.

Richard Butler, the town’s founder, was friends with the Statue of Liberty’s designer and was instrumental in raising the funds to construct its pedestal.

“The Wooden Fireman” is a beloved figure in Butler. According to legend, the statue was perched atop the Firemen’s Insurance Company Building in Newark for over 40 years until it was torn down in 1909 to make way for a new skyscraper. Two Butler volunteer firefighters traveled to Newark to salvage the statue, but another fire company ambushed them and attempted to steal it. At some point during the relocation, the statue lost its left leg, only to be mistakenly replaced with a right leg. Today, the Wooden Fireman stands tall at a local firehouse watching over the community and comically proves that sometimes, two rights make a wrong.