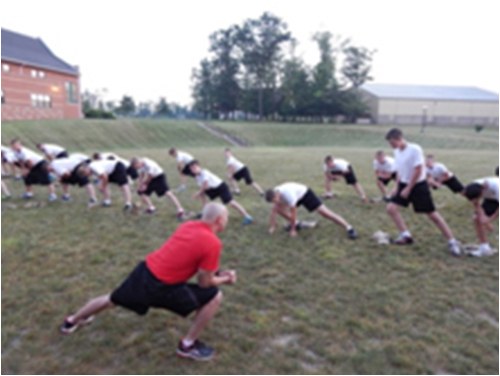 A state police trooper in Butler, Pennsylvania, created Camp Cadet in 1970. Since that time the program has grown to include over 40 locations throughout the state. Camp Cadet of Cambria County was established in 2012 and proudly celebrated its 5th year of operation in 2016.

Sometimes people misunderstand Camp Cadet as a boot camp or a program for youth with disciplinary problems at home or in school; however, it affords an opportunity for high-caliber kids with an interest in law enforcement or the military as a possible career choice. Structured to resemble the Pennsylvania State Police Academy, the camp introduces these young people to an early, positive relationship with members of law enforcement and other agencies throughout the county.

Pennsylvania youth between the ages of 12 and 15 may participate in the weeklong program, which begins annually on the last Sunday in July and ends on the first Saturday in August. A normal day consists of reveille at 5:30 a.m., followed by calisthenics and a 1-mile run. The program offers demonstrations from the Pennsylvania Game Commission, which usually brings a live bear to the camp; local coroner’s office; and state police emergency response, mounted, and aviation components. Other activities include a radar demonstration with hands-on experience, self-defense, and team building. Campers also tour the county prison and emergency call center. 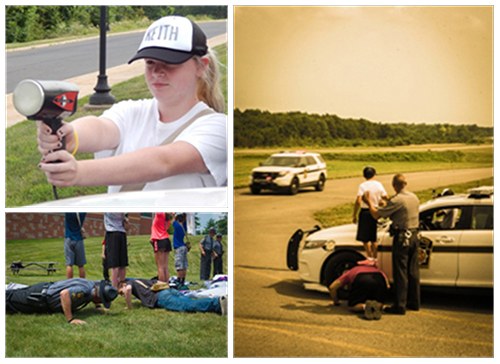 Adolescents and their families participate in the camp free of charge. The program receives funding strictly through fundraisers and donations from businesses and other organizations in the area. Mount Aloysius College in Cresson, Pennsylvania, hosts the camp and provides a dormitory, gymnasium, classrooms, and three reduced-cost meals per day. Camp Cadet serves as an excellent opportunity for Pennsylvania’s young people to establish relationships with law enforcement and other organizations in their communities.

Additional information on Camp Cadet of Cambria County can be located at http://www.cambriacountycampcadet.org/. The Pennsylvania State Police website offers a description of the statewide program at http://www.psp.pa.gov/public-safety/Pages/Camp-Cadet-Summer-Program.aspx.

Bruce Mulhern may be contacted at campcadet@cambriacountycampcadet.org. Mr. Mulhern is the secretary of the Cambria County Camp Cadet Executive Board of Directors.

Community Outreach Spotlight is a new department highlighting innovative ways in which law enforcement agencies engage with their communities to build or strengthen local partnerships. If you have an event or story to share, please submit photos and a short write-up to leb@ic.fbi.gov for review and possible publication.