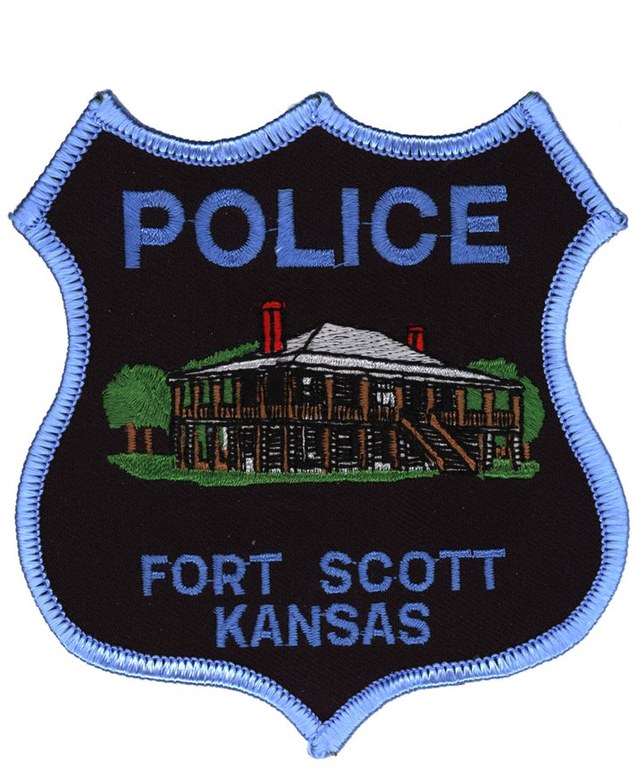 The patch of the Fort Scott, Kansas, Police Department displays 1 of 4 officers’ quarters buildings. Established in 1842, the city served as a frontier post until 1853. The structures at the fort were sold at a public auction in 1855 and became private residences. The Army reoccupied the fort during the Civil War; afterward, the city resumed responsibility for the structures. During the 1960s, one of the officers’ quarters buildings became a museum. In 1978, Fort Scott was designated a National Historic Site, and most of the structures underwent remodeling.