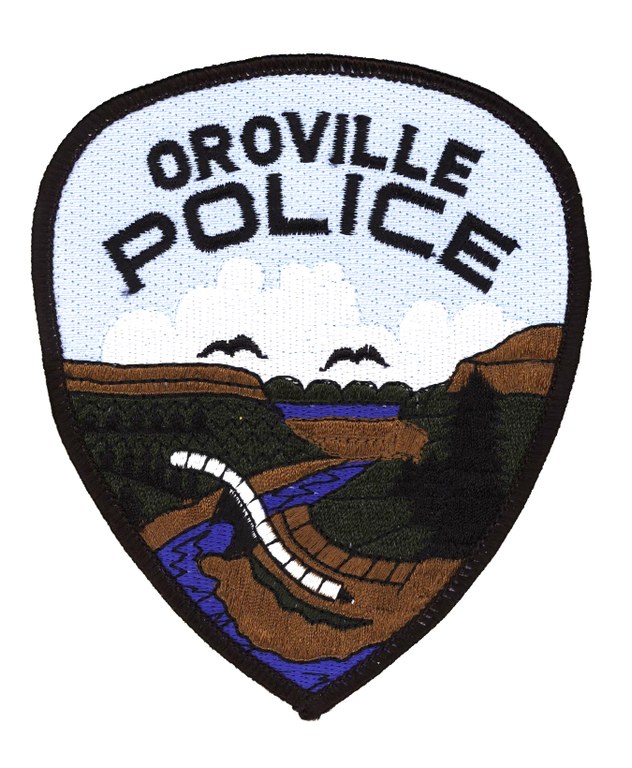 The Oroville, California, Police Department patch features symbols important to the city and its history. Two American bald eagles fly in front of man-made Lake Oroville, dedicated in 1968 by former governor Ronald Reagan. Running through the city is the Feather River, the main body of water depicted. A train represents the Western Pacific Railroad, which stopped in Oroville before traveling to the Sierra Nevada. Like many mining communities, the city flourished during the gold rush.