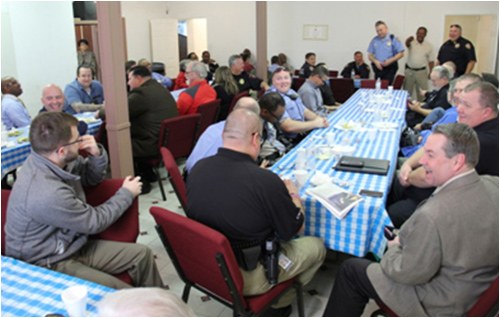 The Galveston Police Department (GPD), the oldest department in Texas, continues as a leader in law enforcement innovation. The agency serves 49,000 residents in an island community rich in diversity and history. Galveston offers a vast array of entertainment, beaches, and special events and includes an international port that houses terminals for several major cruise lines. It is home to universities and first-rate hospitals. As a tourist destination, the city draws a variety of visitors, and the population often swells to over 700,000 for special events. GPD works diligently to protect them all.

Galveston’s permanent residents reflect an economically diverse population with close to 30 percent of families living in poverty. Its close proximity to Houston brings  myriad issues and crimes similar to those of a major city. However, the police department’s budget remains unchanged from 2008, when Hurricane Ike devastated the area. Despite its limited resources, the department’s command staff realized the value of increased association between the community and law enforcement through development of outreach initiatives that cultivate communication and trust.

One program developed by GPD is the Cops and Clergy Breakfast, where officers and local clergy members dine together while addressing community issues and seeking cooperative solutions. This event began in early 2015 with two pastors and the special operations commander meeting at a local restaurant for breakfast. The group progressed to meeting monthly at local churches, including more officers and clergypersons, and reaching out citywide to various houses of worship.

On the last Friday of each month, leaders of faith-based communities, churches, temples, mosques, and synagogues meet for an hour with the police chief, command staff, and officers of GPD. Although the program began as a simple breakfast between a couple of clergy members and an officer, it continued to grow and has become an anticipated event each month. Law enforcement personnel and clergypersons intermingle while introductions and icebreakers encourage communication. Each meeting consists of discussions of current issues and concerns. 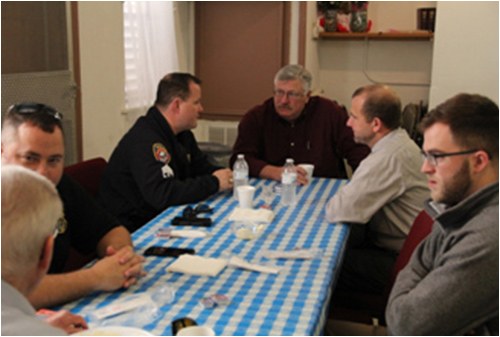 The group has addressed such topics as racism and prejudice, profiling and officer bias, use of force, security, and crisis management. The members also discuss critical incidents in places of worship, such as active-shooter events, bomb threats, and violent protests. Concerns arise regarding concealed-carry and open-carry laws and places of worship, neighborhood crime, traffic, crowd control during special events, and crimes against houses of worship. The group allots time for individual comments, as well as interactive small-group discussions.

Recently, the department measured the success of this endeavor by the absence of community protests while many occurred throughout the nation. Another accomplishment includes improved community and police dialogue. The group played a major role in establishing a citizens’ academy, improving public perception of the police, adding a class at the state law enforcement academy on the duties and use of chaplains, and increasing the police department’s volunteer chaplain force.

Due to enhanced relationships between officers and clergy members, an expanded volunteer ride-along chaplaincy program began and rapidly became an integral part of the department with support and appreciation from both officers and the community. Clergypersons discovered police as people, and police realized the benefits of a supportive clergy. The citizens of Galveston receive the benefits. The Galveston Police Department continues to seek innovative ways to connect with the community and serve as an example to all law enforcement agencies of how best to “protect with respect.”