A Small Act of Kindness Makes a Global Impact 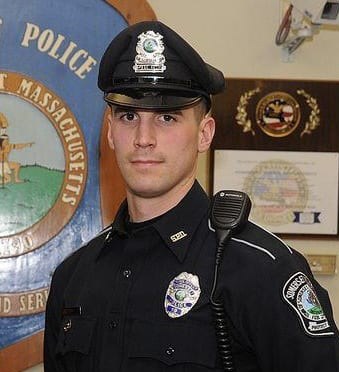 “This story had worldwide implications, and we have received emails and messages from people in the United Kingdom, Canada, France, Germany, India, New Zealand, and other countries.”

Officer Matt Lima never told a soul he had done something that would have a massive impact on his profession. Without fanfare, the humble patrol officer went about filing his reports at the end of his patrol shift. It was not until his sergeant read through the report for a shoplifting case that the details of an amazing story emerged.

Last December, Officer Lima of the Somerset, Massachusetts, Police Department (SPD) responded to a local store for a shoplifting report involving two women and their young children. After speaking with the women, the officer determined they were only taking food items in a desperate need to feed their children for Christmas. Officer Lima told them to return the items and banned them from the store but did not arrest them. Instead, he used his own money to purchase a $250.00 grocery gift card for the women so they could buy their food at another store.

Officer Lima’s patrol sergeant was so impressed by the act of generosity that he let their chief (no longer with the agency,) George McNeil, know about it. McNeil reached out to Officer Lima to personally thank him, but he also wanted to let the community know about the officer’s extraordinary act. The department posted the story to the agency’s website and Facebook page.

Somerset has a population of about 19,000 people. The SPD has 34 full-time and 15 part-time sworn officers, and the former chief served as the public information officer. McNeil said he never anticipated that a post from a small-town police department would attract so much positive attention: “The story went viral, and we have been inundated with requests for interviews.”

Officer Lima was encouraged to do the interviews — not for himself, but on behalf of the law enforcement profession. As McNeil pointed out, “His actions exemplify what it means to protect and serve the members of our community.”

According to McNeil, “This story had worldwide implications, and we have received emails and messages from people in the United Kingdom, Canada, France, Germany, India, New Zealand and other countries.”

Officer Lima even got kudos from rock and roll legend Gene Simmons of KISS, who shared the story with his almost 900,000 Twitter followers. That single, high-profile retweet increased the views of the story to millions of people.

"The public has an appetite for positive news about the people who are sworn to protect them."

There were scores of positive comments on Facebook. One person, writing from Canada, summed up a common feeling the story provoked in readers: “Thank you for making the year 2020 not quite so dark with your act of kindness and generosity.”

Thousands of these acts happen every day in departments across the country. The character, humility and integrity of those who serve means that many of these generous gestures are often not publicly shared. Today is a different time when law enforcement needs to tell its own stories. The public has an appetite for positive news about the people who are sworn to protect them. It is up to the agency to find those stories and share them.

The takeaway from this one example is that even a small department can leave a giant, positive footprint for a profession beleaguered by negative press. A selfless officer, an enlightened supervisor who capitalized on the gravity of a solitary act of kindness, and an entire profession reaped the reward.

Ultimately, it comes down to police leaders who instill in those they lead a personal responsibility to communicate about their agency’s selfless acts of service in the communities they serve. No matter the size of the department, social media allows the reflection of these noble deeds to benefit the law enforcement agency and the entire profession.

Gail Pennybacker and Kenneth White, instructors in the Leadership Education Unit at the FBI Academy, prepared this Social Media Spotlight. Ms. Pennybacker can be contacted at glpennybacker@fbi.gov and Mr. White at kdwhite2@fbi.gov.