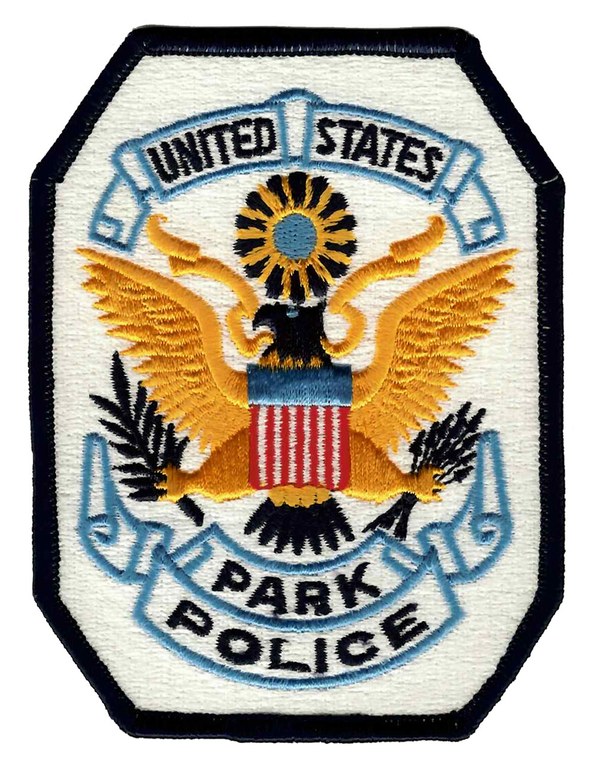 The patch of the U.S. Park Police features the American bald eagle as a national symbol. One of the eagle’s feet clutches arrows, a symbol of vigilance. The other holds an olive branch, signifying peacekeeping. One of the oldest law enforcement agencies in the nation, the U.S. Park Police originated in 1791, when commissioners for the newly formed Nation’s Capital established the Park Watch to patrol and protect the grounds set aside for the Capitol, White House, and other federal buildings.