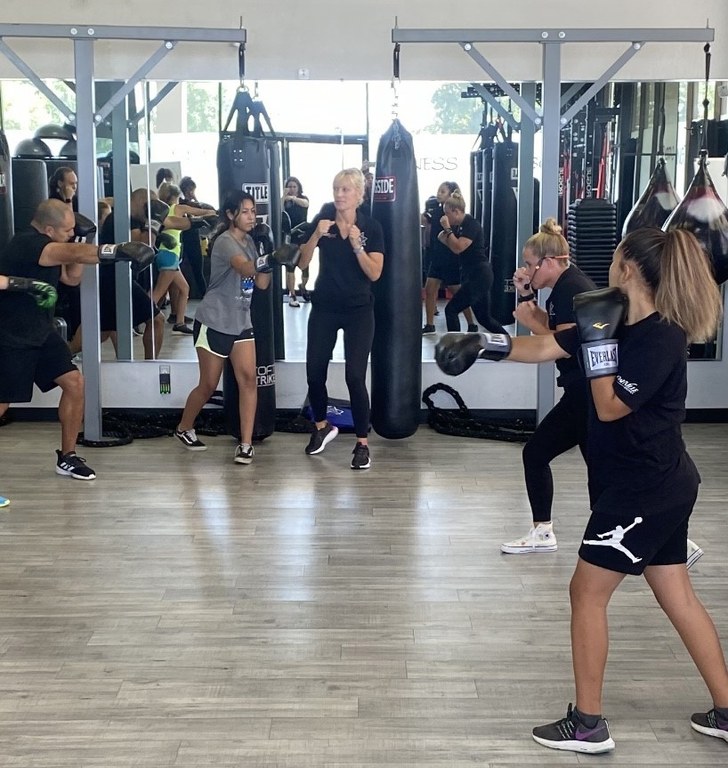 Officer Lindsay Dozier of the Fresno, California, Police Department (FPD) has served for 22 years, mostly in the patrol division. Her personal and professional experiences, coupled with her extreme love of fitness, led her to come up with a program for the Fresno Police Activities League (PAL) called Fresno PAL Fight Girls.

When Officer Dozier was 10, her parents forced her into a karate class. She was angry at them. The class was going to be scary. It would require her to talk to people she did not know and do things she either did not want to or felt incapable of as a shy, insecure young girl. Little did she know, the class would be a turning point that would change her life forever in a positive way.

It was in that karate class that Officer Dozier’s self-esteem began to build. She was not afraid of her own shadow anymore. She enjoyed being an athlete and learned how to defend herself. It was also in that class where she met influential role models, including veteran police officers who eventually made her want to become a police officer.

Officer Dozier went on to become a childhood competitor, self-defense teacher, police academy graduate, officer, competitive runner, and obstacle course racer. As a lifelong athlete, she has imparted that passion for fitness not only onto her own teenager, but also young girls in her community.

During a three-year stint as a middle school resource officer, Officer Dozier had many opportunities to connect with kids and bridge the gap between law enforcement and the students in different ways. She learned that most of the children had only been around a police officer when something bad happened, such as a critical incident or a parent getting a traffic ticket or being arrested.

From this experience, Officer Dozier realized that by connecting with kids at a critical age of development, officers can build strong, positive relationships with them. When the teenagers go on to high school, as they turn into young adults, they carry those law enforcement bonds with them. These relationships can last a lifetime and help young people stay out of trouble. 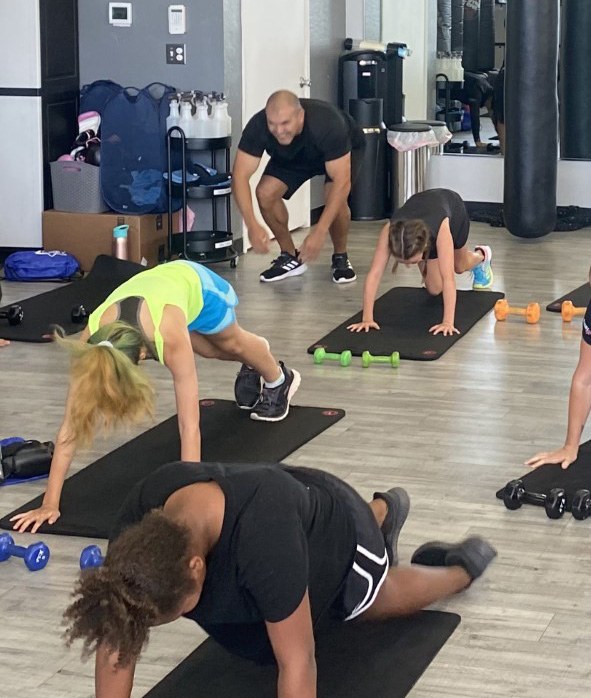 Officer Dozier recognized a need in the community for a program specifically for preteen to teenage girls experiencing an age of insecurity, physical changes, and bullying — simply a difficult time. Throw in today’s social issues and social media, and being a teenager is much tougher than it was for previous generations. It is also a time in a young girl’s life when she is vulnerable to peer pressure, human trafficking, drugs, teen pregnancy, suicide, depression, and anxiety. Officer Dozier felt that by building these young ladies’ self-esteem, these risks can drop substantially.

She created Fresno PAL Fight Girls after working as a trainer in an all-female fitness kickboxing gym in her spare time. Officer Dozier decided to train eight fellow female FPD officers and one female Fresno County Sheriff’s Office correctional sergeant in the basics of fitness kickboxing. She asked the business owner to donate the gym space for the program and obtained donations from the Fresno City Council and local businesses to buy equipment.

The program started with a group of 14 girls, aged 12 to 14, in April 2020. Every Saturday, Officer Dozier, with the help of three to four female officers, teaches the young ladies fitness kickboxing for an hour. During the first half of the class, the girls work on their punching bag technique, and the last half is used for strength and conditioning training. At the end of every class, the group sits down and discusses a topic for 15 minutes that specifically relates to the girls. Before the kids leave, they receive a snack and a drink donated by a local grocery store.

Fresno PAL Fight Girls now has two classes, with a third being added soon. Many parents have said that the class has significantly changed their daughters’ lives. Other parents were concerned that the COVID-19 lockdown sent their children into depression, and some kids developed social anxiety after being away from people for so long. Fresno PAL Fight Girls has helped these kids overcome those issues.

It takes a village to raise a child. Additionally, fitness builds self-confidence, which is especially important for teenagers. The FPD looks forward to the continued success of this program and the positive police relationships that will develop from the initiative.

Any questions regarding Fresno PAL Fight Girls can be sent to lindsay.dozier@fresno.gov. For more information about the program, including instructions on how to register, please visit www.fresnofightgirl.com or www.fresnopal.org.