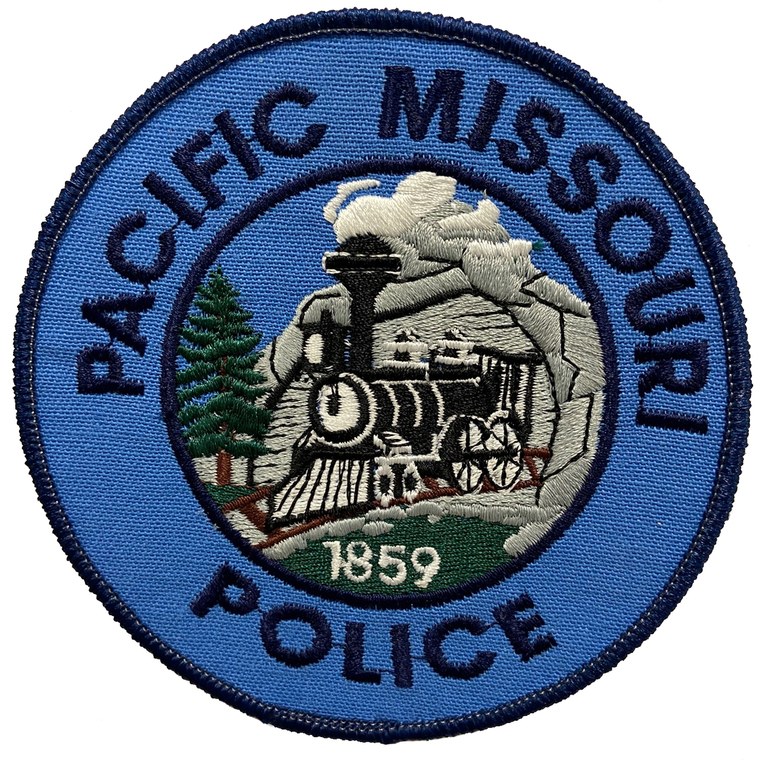 The patch of the Pacific, Missouri, Police Department notes the year 1859, when the town of Franklin became the city of Pacific. An early 1800s train engine exiting a cave opening is seen, with a pine tree — depicted on the city seal — nearby. Today, the railroad remains active in the community.