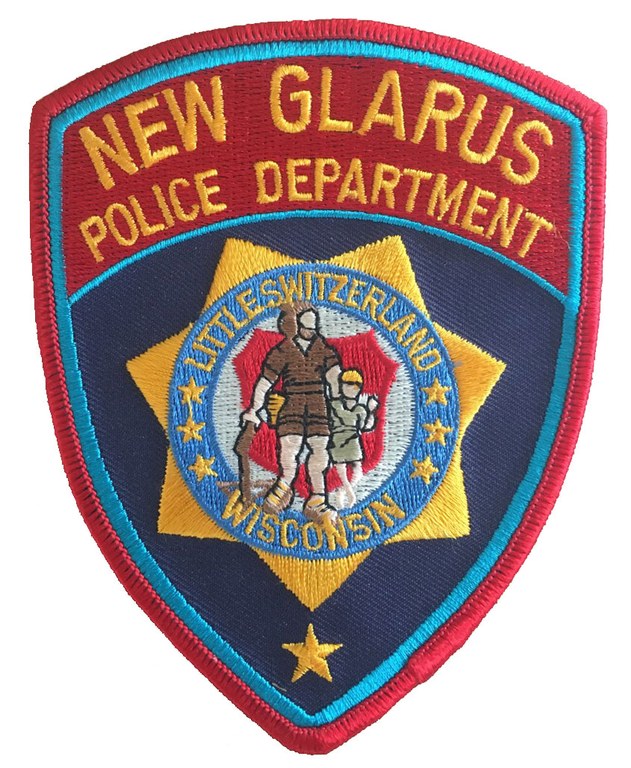 New Glarus, Wisconsin, is known as “Little Switzerland,” commemorating the founding of the village by Swiss natives in 1845. Each year, it hosts a number of Swiss heritage festivals, including the William Tell Festival. The New Glarus Police Department’s patch depicts William Tell and his son. Behind them, a shield bears the Swiss cross on a white background.