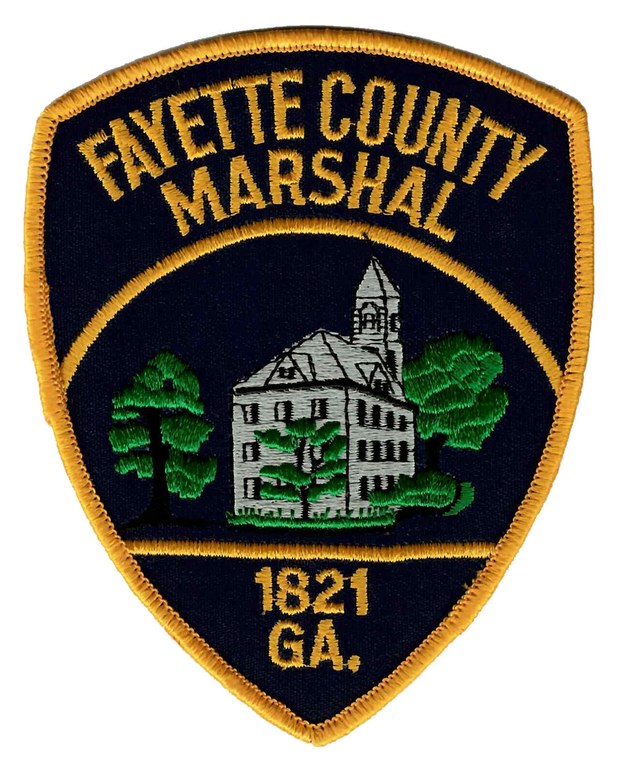 The patch of the Fayette County, Georgia, Marshal’s Office features the county courthouse, along with the year 1821, when the county and its seat were created. Built in 1825, the courthouse is the oldest in use in Georgia. Legend has it that Marquis de Lafayette was present when the cornerstone was laid. Both the county and county seat are named for Lafayette.

A tower was added to the courthouse in 1888, and a clock was placed in the tower in 1910. When extensive renovations occurred in 1965, the center beam was removed intact and converted into a bench. At 58 feet in length, it is believed to be the longest single hand-hewn beam in America. Unfortunately, the courthouse was set on fire in 1982 by two men scheduled for trial the following day. The men apparently believed they could not be tried without a courthouse. There was serious damage to all parts of the building, but a local effort raised funds for a complete restoration. Rededication ceremonies were held in 1983 on Independence Day.