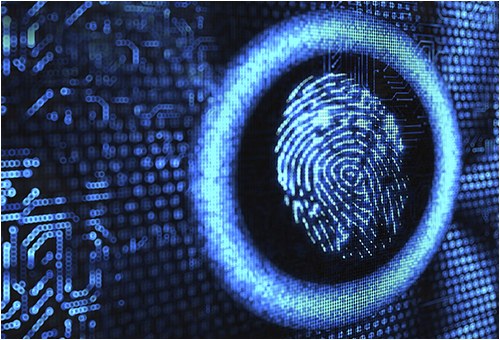 For almost a century law enforcement agencies have used fingerprints to identify individuals. Offenders try to defeat fingerprint identification measures in an attempt to hide criminal records, including related deportations. They employ a variety of techniques in their efforts to thwart law enforcement. However, no matter what method they use, their motivation is the same.

FBI fingerprint examiners have encountered situations where criminals, including those in the country illegally, intentionally altered their fingertips themselves or with the assistance of medical professionals. They falsely believed that doing so would prevent law enforcement officials from discovering their true identities.

In 2014 the FBI’s Criminal Justice Information Services (CJIS) Division conducted a study of altered fingerprint records maintained in its Integrated Automated Fingerprint Identification System (IAFIS), which became the Next Generation Identification (NGI) System on September 7, 2014. FBI fingerprint examiners isolated 412 fingerprint records in IAFIS that maintained indicators of deliberate print alteration. A review of those records for patterns and trends revealed that Massachusetts officials had the most encounters with individuals who had altered fingerprints, followed by New York, Texas, California, and Arizona.

A substantial number of individuals who altered their prints were arrested for drug-related offenses, followed in measure by immigration-related offenses, theft, and violent crimes. Nearly all of the individuals with intentionally altered prints had extensive criminal records and various law enforcement encounters. Many were deported criminals who altered their fingerprints in an attempt to reenter the United States.

The CJIS Division categorized the alteration types based upon the suspected method used to mutilate the fingerprint. The alterations most frequently encountered were the vertical cut or slice, followed by the z-pattern cut, intentional burns, and unknown or uncategorized.

The vertical cut or slice modifies the fingerprint by scarring or distorting. Individuals cut down the middle of the fingertip, leaving a fairly straight cut on the fingerprint. In some instances an individual will pull the skin near the cut in different directions in an effort to generate an unusual fingerprint pattern when the fingertip heals.

The intent of the z-pattern cut is to scar and distort the natural fingerprint into an unnatural pattern. As with the vertical cut or slice, individuals cut the fingertip; however, in this case they cut a z-shaped pattern.

Using a heat or chemical source to burn the fingertip, the burn method is intended to scar or obliterate the print. If the affected area is small, fingerprint examiners can use other areas of the fingers that contain sufficient prints to attempt to establish identity.

Suspects associated with an unknown method of alteration use a variety of techniques. They may bite or use sandpaper to eliminate fingerprint ridges necessary for identification. As such, law enforcement personnel should record as much detail of the finger as possible, including areas below the first joint.

When law enforcement agencies report altered fingerprints, they help CJIS significantly improve the knowledge base of print alterations and ensure a high rate of identification accuracy. The CJIS Division works with all levels of law enforcement to maintain an awareness of fingerprint modifications and improve measures for identification. Prior to submission, if the person taking the prints notices anything unusual with an individual’s fingers or fingerprints or if the print submitted is returned as an error, the fingerprinter should make a visual inspection of the print and contact the CJIS Division.