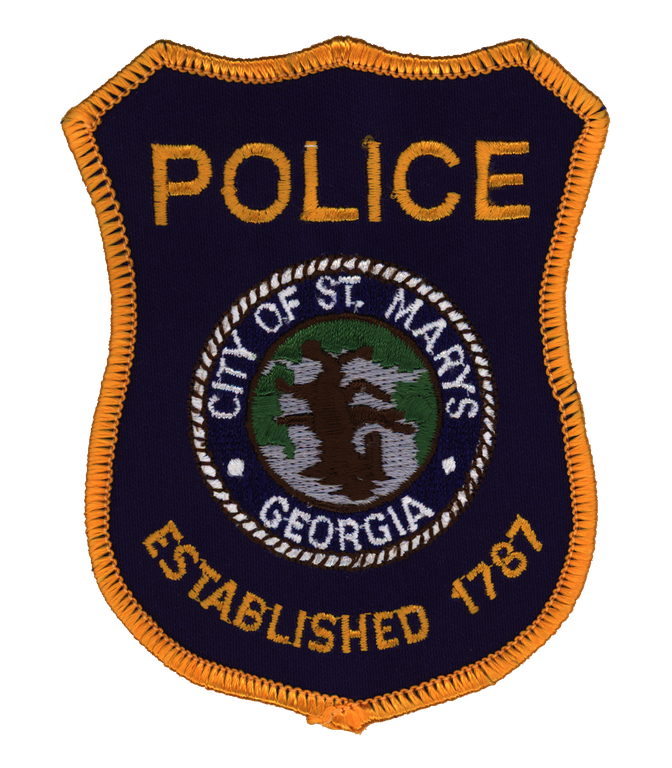 The St. Marys, Georgia, Police Department serves the second-oldest city (founded in 1562) in the nation and the oldest in the state. The center of the agency’s patch features the city’s official seal, which contains a representation of the famous Washington Pump and Oak Tree. In the 17th and early 18th century, this pump served as the only source of fresh water in the immediate area. The oak tree was planted in 1799 at the death and burial of George Washington; a portion now is in the keel of the U.S.S. Constitution. The banner below the seal declares that the city was formally established in 1787.