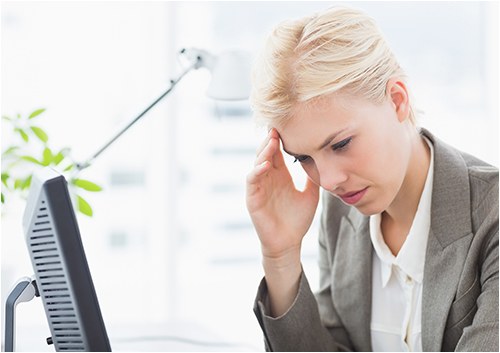 When someone criticizes you, does it feel like a strong punch in the gut? Do your emotions erupt? Do you feel blood starting to boil? Do you stand ready to answer the critique with multiple reasons why you disagree with the assessment?

Why does criticism cause us to raise our defenses? Certainly, critiques can accompany negative intentions, but in some cases people simply want to help us improve. Do we hastily dismiss valid criticism? As leaders, should we allow it to hijack our senses? Why does criticism so profoundly affect us?

Our brains react differently to positive and negative stimulation. One study involved performing brain scans on people as they participated in interviews featuring favorable goal-oriented scenarios and unfavorable problem-focused situations. When prompted with positive suggestions, interviewees’ brains lit up in the reward-center areas associated with happy feelings and memories. Upon the introduction of negative statements or criticism, participants’ brain scans indicated anxiety and other fearful feelings.1

When someone presents criticism, you naturally distort the message. You mistakenly see being deemed substandard in one area as applying to all aspects. As the mind continues to repeat the critique continuously, anxiety, anger, and other emotions can overwhelm you. However, by focusing, you more accurately can judge the intentions of the criticism. Did the person truly mean to hurt you personally or help improve you or the work product?

Thomas Jefferson, the principal author of the Declaration of Independence, worked on a draft for days before submitting it to the Continental Congress. Once submitted, the document underwent extensive review for several days. Members removed or edited approximately one-fifth of the draft.2 The future president continued to seethe even after its ratification on July 4, 1776. Despite the efforts of Benjamin Franklin to comfort him, Jefferson—considering his text mangled—fell into a state of depression that lasted an entire summer.3

President Jefferson responded no differently from us when accepting criticism. By learning how the brain works when responding to critiques, leaders can prepare themselves to deal with the inevitable reaction. If we can stop taking criticism personally and instead respond with positive language, we can train our brains to focus on the potential for growth, rather than retaliation.4 By disciplining our minds while receiving critiques, we just might learn something about ourselves, as well as our followers.

M. Bret Hood, a retired FBI supervisory special agent and director of a leadership and financial crimes instructional firm, prepared this Leadership Spotlight. He can be contacted at 21puzzles@gmail.com.