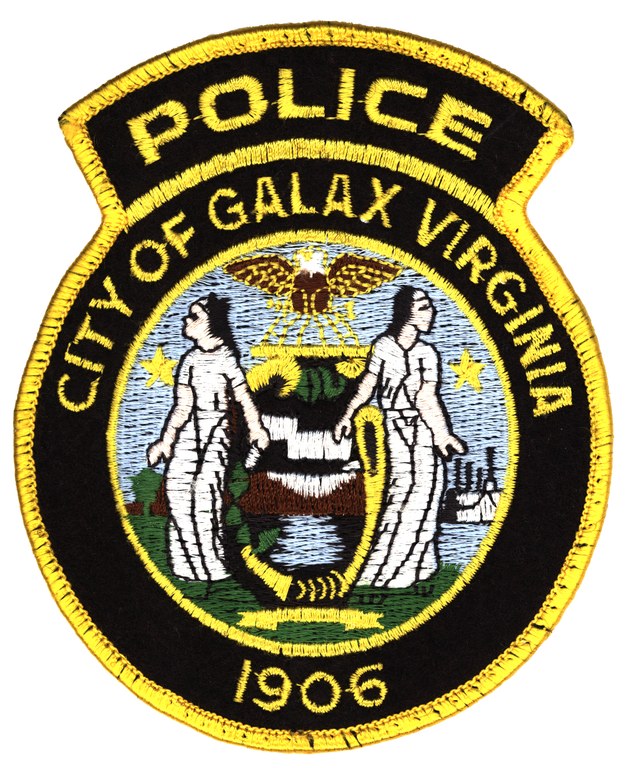 The patch of the Galax, Virginia, Police Department features two females depicting Carroll and Grayson Counties, which the city was formed from. Also included are galax leaves, the city’s namesake and a primary source of commerce in the community’s early years; water representing Chestnut Creek, roughly the dividing line between the two counties prior to the city’s formation; and a factory depicting the furniture and textile industries prominent during the growth of the area.