Leadership Spotlight: Courage to Do Less

Courage to Do Less 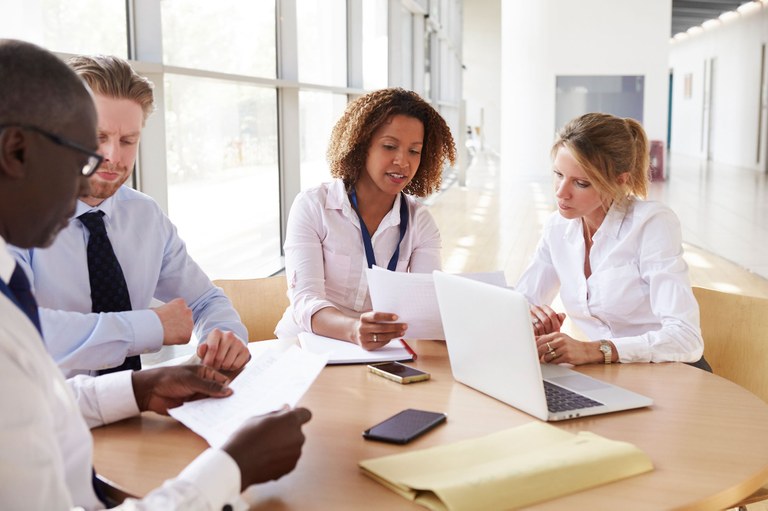 How do we measure effective leadership? Perhaps we base these judgments on production or efficiency. However, although logical, such thinking can cause us to miss the point of leadership in the long term. A real-life example highlights this argument’s merits.

Along with several of her friends, my wife served on the board of our elementary school’s Parent-Teacher Association (PTA). She wanted to help the school and its students and teachers. After several years, my wife looked forward to stepping down—she had done her part.

No one came forward to run for her position and two others. She felt guilty about leaving, but also was burned out. My wife and her friends pondered why no parents had stepped up to fill the board vacancies. It seemed obvious to me. I blamed the PTA leadership.

Over the years, her time commitment to the board grew from a couple of hours a week until she essentially had an unpaid part-time job. My wife’s happiness turned into frustration. Her dedication to the children and the school kept her going until she no longer could continue.

New PTA presidents came regularly, determined to do an excellent job and help the school. By most measures, they did so. They found new ways to support the teachers, raise money, and assist the students. Each president brought new ideas and worked with the administration to fill requests. As a result, the PTA benefited the school but proved too difficult for volunteering parents to manage.

Potential candidates for the board saw the frustration and workload involved with those positions and decided not to run. Exhausted members were “guilted” into remaining to ensure the PTA continued functioning. This left them even more frustrated and burned out. Morale plummeted, and the environment became toxic. The board continued to struggle for years; eventually, an incident almost caused the PTA to be dissolved.

The well-intentioned, but poor leaders did not properly consider the board members and the PTA’s sustainability. They ignored the fact that these parents were volunteers, not employees of the school; assumed the availability of more candidates to serve; and expected the PTA always to exist, just as it had for as long as they could remember. These leaders thought doing more represented constant improvement.

I often suggested that the PTA cut back on its pursuits. However, each time I proposed stopping an activity, the president would argue its importance to the school and blame “lazy” parents for not stepping up to fill gaps like the current board did.

Strategic leaders must consider the sustainability of the group and the morale of its members. They can lose this focus gradually; it proves difficult for them to avoid judging effectiveness by production or efficiency. Leaders may believe they have outperformed their predecessors if they accomplish more tasks or complete a job with less people.

Thus, it takes courage to do less. Strong leaders strip away anything that threatens the longevity of the group and the dedication of its members before it becomes too late. This can put them in a vulnerable position where they seem incapable of doing the job. They may face accusations of laziness. Followers in the organization they strive to protect may criticize their decisions.

However, despite these factors, the course of action may be to do less—if you have the courage.

Supervisory Special Agent Cory McGookin, chief of the Executive Programs Instruction Unit at the FBI Academy, prepared this Leadership Spotlight. He can be reached at cmcgookin@fbi.gov.