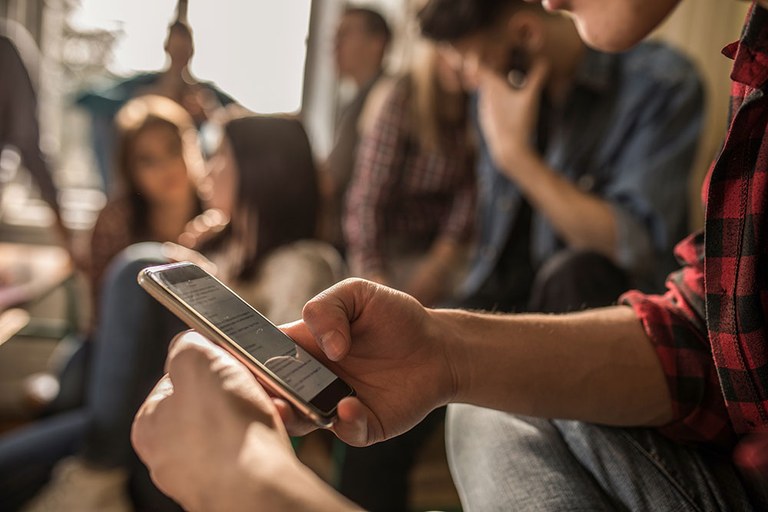 The news from New Zealand was horrifying but sadly familiar. Forty-nine people were murdered and many others injured after a terrorist attacked two mosques filled with worshipers in the city of Christchurch. The speed of this devastating news rocketed around the world in mere seconds. Images of the massacre circulated in near real time not only from victims and first responders but also from the terrorist himself. The 28-year-old instigator of the siege live-streamed his drive to a mosque and his subsequent reign of fire on the helpless men, women, and children inside.

When New Zealand Police (NZP) officers became aware of the attacker’s boastful and gory video streamed on Facebook Live, they contacted the social media giant to remove it, which took hours. Not hesitating to take action, officers boldly reached out to the public via the agency’s official Twitter account. They appealed to the public’s common sense, civility, and mercy, asking them to refrain from sharing or reposting the video:

Police are aware there is extremely distressing footage relating to the incident in Christchurch circulating online. We would strongly urge that the link not be shared. We are working to have any footage removed.1

This specific tweet was retweeted (shared) almost 11,000 times and liked 16,000 times, far exceeding anything else tweeted by NZP during or after the event. The reach of this one tweet, this one plea from the police, virtually covered the earth and Facebook and expedited the formal effort to remove the gruesome video.

An agency renowned within law enforcement for its successful social media footprint, NZP’s effectiveness in this effort can be traced to the fact that they made communicating with the public a priority long before this crisis. Moments after the attack, officers tweeted for the public to stay away from the areas of impact, which facilitated emergency responders’ access to the scene to save lives. The police Twitter feed established a place for verified, official information, but that orientation did not just benefit New Zealanders. More than 9,000 miles away, the New York City Police Department (NYPD) used its Twitter feed @NYPDNews to immediately reach out to its own followers:

Extra NYPD officers have been deployed to visit Mosques through NYC during early morning (Fajer) prayers. The NYPD is committed to the safety of all houses of worship, and the freedom to practice your religion freely without any fear.2

In one well-crafted message, NYPD assured New Yorkers that when they see officers, they are there to help keep the community safe. By empathizing with these citizens’ concerns regarding the potential ramifications of the New Zealand attack on their own city, NYPD’s tweet got the public’s support to not tolerate these crimes and to work toward preventing future violent acts. The large number of positive comments from this one NYPD tweet made the support and empathy of this mission quite evident.

Police agencies in many countries, including the United States, used Twitter to address the tragedy in New Zealand and to ask for prayers and local vigilance among the audiences following their agencies on the platform. The Orlando, Florida, Police Department, which serves a community that knows all too well the heartbreak of a terror attack after the 2016 Pulse nightclub massacre, offered this tweet:

In light of the recent attack in New Zealand, we want to reassure everyone that the safety of our residents and visitors remains the #1 priority of the Orlando Police Department. While we don’t discuss specific security measures, our officers are aware of what occurred and remain vigilant through the city. We also want to remind our citizens that we rely on them to be our additional eyes and ears. Please continue to report all suspicious activity immediately by calling 911.3

These examples are direct evidence of the tremendous leverage Twitter affords law enforcement around the world to serve and protect in the virtual sense. This social media platform enables agencies to respond to the information needs of their own communities by heightening public safety awareness in the wake of a critical law enforcement event anywhere.

Law enforcement can expect that bad actors will exploit social media to amplify the impact of future terroristic endeavors in the same way as evidenced in New Zealand. Yet, agencies that harness the crowdsourcing potential of social media, most notably Twitter, in times of crisis are able to rally the public locally or globally to support their public safety mission no matter where the crisis occurs.

Kenneth D. White and Gail L. Pennybacker, instructors in the Executive Programs Instruction Unit at the FBI Academy, prepared this Leadership Spotlight. Ms. Pennybacker can be contacted at glpennybacker@fbi.gov and Mr. White at kdwhite2@fbi.gov.