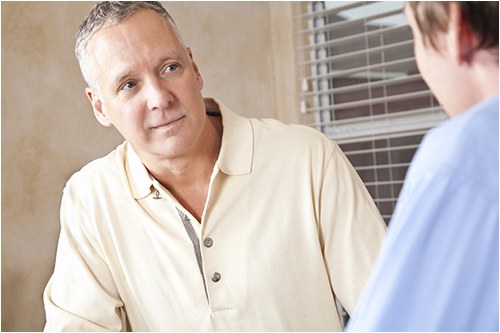 “Blessed are the peacemakers, for they shall be called the children of God.”1

Most police chaplains during the 1960s and 1970s were local pastors from within the community. Typically, clergy who served as department chaplains during that time participated informally as “ride-along” chaplains. Few, if any, received police chaplain training or fully understood the complexities of law enforcement. Serving in a dual role as chaplain and sworn law enforcement officer was rare and unique; however, the author served in this dual capacity for many years. Some people viewed that as a conflict, but he found the roles clear.

There has been a dramatic increase in the use of police chaplains in both large and small agencies across the United States and in numerous other countries. In spite of different cultures, languages, laws, and boundaries, policing around the world is fundamentally the same. Malice is no different in the United States than in any other country, and police officers around the world face many of the same challenges and stresses.

One of the most widely recognized police chaplain programs in the world is the International Conference of Police Chaplains (ICPC). With thousands of chaplains serving departments throughout the United States and in many countries abroad, ICPC provides formal training and certification specifically designed to meet the challenges faced by law enforcement officers today.2

Although some police chaplains participate in informal ride-along programs, many others have formal roles as officially appointed departmental chaplains. In addition to individual ministerial degrees and seminary training, chaplains today often receive training in various aspects of law enforcement. Many large police departments appoint chaplains with command ranks. They wear the same uniforms as other command officers and frequently are armed. Some police chaplains also possess degrees and certifications as counselors, therapists, or psychologists. Unless certified and licensed as a counselor or therapist, they generally refrain from providing any formal counseling.

The primary role of the police chaplain is to provide spiritual support, insight, and encouragement to officers who seek help. They also can set the tone for departments by demonstrating moral conduct, compassion, and decency. In many cases the chaplain simply is a shoulder to cry on or a listening ear. It takes time for them to gain the confidence and trust of police officers because some officers can be cynical, paranoid, or resistant to anything with a religious tone.

There are many religious doctrines, denominations, cultures, and theological differences in society, and it may require more than one chaplain to meet the varied needs of a particular department or community. ICPC lists clergy of all faiths in its national membership roster. Information on ICPC’s programs and services is available on its website.3

Police chaplains serve in a variety of ways, such as performing marriages, assisting with line of duty deaths, participating in ceremonial functions, speaking at churches and community organizations, presenting awards, visiting hospital patients, providing spiritual guidance and moral support, and developing police chaplaincy programs. Departments with chaplains are fortunate because they provide vital services not only to the agency but also to the local community.

Chaplains confront numerous difficult situations, such as deterring bridge jumpers and suicidal individuals who often are armed, delivering death notifications to family members, praying over dying officers, and providing comfort and spiritual support to countless people and distressed victims. The most challenging incidents are those in which fellow officers are killed in the line of duty, threaten suicide, struggle with family breakups, agonize over rebellious or wayward children, battle drug addiction, or wrestle with financial problems. People often forget that law enforcement officers are human beings with the same passions and struggles as everyone else.

Essentially, people consist of three main components—physical, mental, and spiritual—and all three need nurturing. Individuals often go to great lengths to address physical and mental needs, but put forth little effort to address the spiritual. Many officers do not have an affiliation with a place of worship or clergy, and a departmental chaplain might be the only source of immediate spiritual help. More than one officer has wept on a chaplain’s shoulder when they reached their breaking point and had nowhere else to turn.

A passage in the Bible says “…if thou do that which is evil, be afraid, for he beareth not his sword in vain.”4 This means that law enforcement efforts to exercise lawful authority are not futile. When Roman centurions were the peacekeepers, they carried swords. Today, officers carry guns, pepper spray, tasers, and batons for the same reasons. They also carry the sword of justice with them every day. They are held to high standards, deal with difficult situations and decisions every day, and are accountable for their actions. Law enforcement is one of the most challenging jobs in the world, and police chaplains play a vital role in the profession, especially during difficult times. Chaplains perform a wide range of services, and they always are available to provide support, encouragement, a listening ear, or a prayer.

Mr. Rinchich, a retired police chief and chaplain, is the president of the National Association of Chiefs of Police and the American Police Hall of Fame in Titusville, Florida, and can be contacted at jrinchich6397@suddenlink.net.