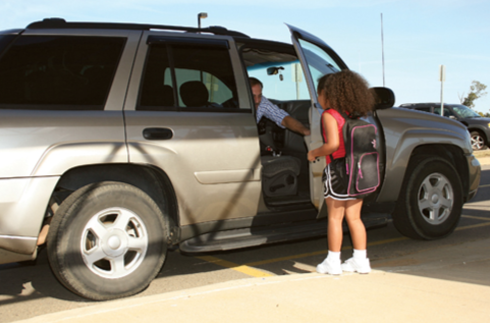 According to the National Center for Missing and Exploited Children (NCMEC), every year, more than 200,000 children are abducted by family members. An additional 58,000 are taken by nonrelatives with primarily sexual motives. However, only 115 reported abductions represent cases in which strangers abduct and kill children, hold them for ransom, or take them with the intention to keep.1

Media news outlets have portrayed that abductors primarily consist of strangers or registered sex offenders (RSO), which has proven invalid in the past 2 fiscal years (FY). When a child is reported missing, members of the media advise parents to check sex offender registries to prevent their child from possible abduction or sexual victimization. However, FBI reporting indicates that RSOs are a minimal part of the problem. In FY 2009, an RSO was the abductor in 2 percent of child abduction cases; in FY 2010, this figure dropped to 1 percent.2

Although parents teach their children to stay away from strangers, most neglect to teach them not to allow anyone, even someone they know, to take them without parental consent. Additionally, children frequently are instructed to obey elders without question, adding to their vulnerability to offenders known to the child victim.

Over the past 4 years, the FBI has seen a decrease in abductions committed by a stranger or RSO. However, it is important to note that abductors with sexual intentions are, in fact, sexual offenders who have not yet been identified and, therefore, are unknown to local law enforcement agencies.

A majority (68 percent) of the child abduction cases the FBI’s Child Abduction Rapid Deployment (CARD) team has assisted in has resulted in the identification of an offender who had a relationship with the child victim.3 Moreover, an RSO was involved in only 10 percent of the investigations, 5 percent of who knew the victim.

RSOs contribute to a miniscule part of the child abduction problem. In contrast to media reporting, the number of cases involving a registered sex offender is decreasing. In addition to the FBI reporting, NCMEC has revealed that there were no RSOs involved in AMBER Alert cases in 2009.6

Ms. Douglas is an intelligence analyst with the FBI’s Criminal Investigative Division.

2 For the purpose of this article, the author defines abduction as “the initial report of a child taken without the knowledge of a parent or guardian.”

3 The FBI’s Child Abduction Rapid Deployment (CARD) team was established in 2009 to provide FBI field offices with a resource team of additional investigators with specialized experience in child abduction matters. These regional teams provide rapid, on-site response to provide investigative, technical, and resource assistance during the most critical time period following a child abduction. In 2009, the team had the most deployments since its inception.

4 Based on FBI investigations.