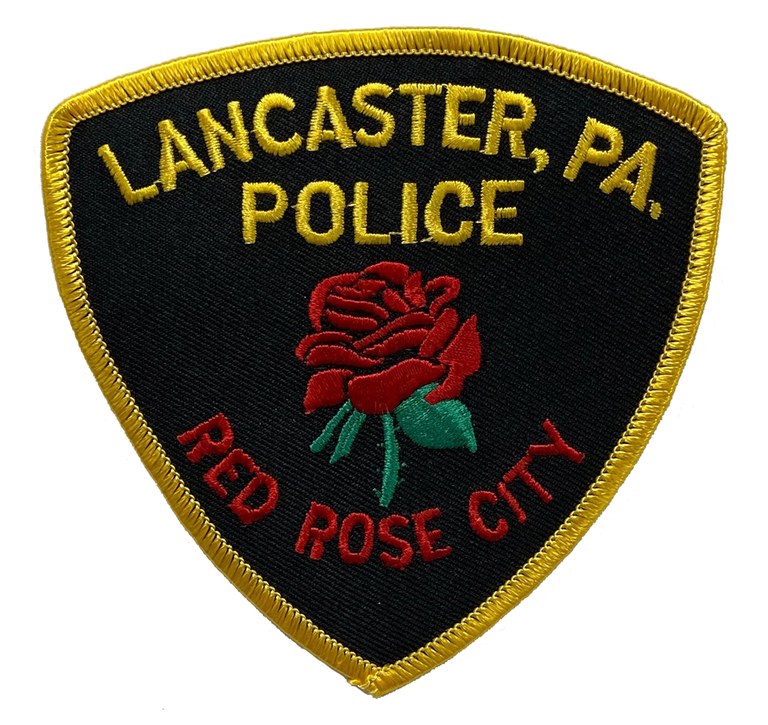 The simple but striking patch of the Lancaster City, Pennsylvania, Bureau of Police features a red rose, which represents the city’s historic relationship with the House of Lancaster in England. Beginning in 1455, the Wars of the Roses pitted the Houses of Lancaster and York (with emblems of red and white roses, respectively) in a 30-year struggle for control of the English throne. The cities of Lancaster and York, Pennsylvania, are separated by the Susquehanna River. Both corresponding police agencies continue to use the red or white rose on their patches to represent their historic rivalry.