Leadership Spotlight: Candor - A Risk You Can Afford to Take

Candor: A Risk You Can Afford to Take

Candor is an intriguing word. It can mean to be honest, open, and frank, or it can mean outspoken, direct, and critical. The first characterization is positive, while the latter appears to make some people uncomfortable.

A former chairman and CEO of a large global company ranked candor near the top of his leadership principles. “I have always been a huge proponent of candor. In fact, I talked it up to audiences for more than 20 years. But since retiring, I have come to realize that I underestimated its rarity. In fact, I would call lack of candor the biggest dirty little secret in business. What a huge problem it is. Lack of candor basically blocks smart ideas, fast action, and good people contributing all the stuff they’ve got. It’s a killer. When you’ve got candor—and you’ll never completely get it, mind you—everything just operates faster and better. Now, when I say ‘lack of candor’ here, I’m not talking about malevolent dishonesty. I am talking about how too many people—too often—instinctively don’t express themselves with frankness. They don’t communicate straightforwardly or put forth ideas looking to stimulate real debate. They just don’t open up. Instead, they withhold comments or criticism. They keep their mouths shut in order to make people feel better or to avoid conflict, and they sugarcoat bad news in order to maintain appearances. They keep things to themselves, hoarding information. That’s all lack of candor, and it’s absolutely damaging. And, yet, lack of candor permeates almost every aspect of business.”1

Why would the former CEO of one of the largest and most diverse global companies in the world discuss candor? Simply, he truly believes in its power and function.

Candor requires mutual effort—the ability to give it as well as the capacity to receive it. Organizations can choose to accept candor as a powerful mechanism for improvement and efficiency, or they can choose to push back and diminish its value. People do not want to accept candor for reasons, such as a lack of confidence, ungratefulness, fear, arrogance, and a lack of understanding of the motives of those offering the candor. Individuals shy away from being candid as it sometimes can be detrimental to one’s reputation, advancement, assignments, and credibility. 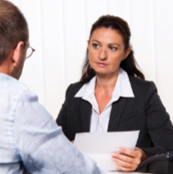 In the end, people choose to make a conscious effort to do what is right, what is necessary, or what they believe. Candor is the vehicle that takes them there.

Special Agent Gregory M. Milonovich, an instructor in Faculty Affairs and Development at the FBI Academy, prepared this Leadership Spotlight.