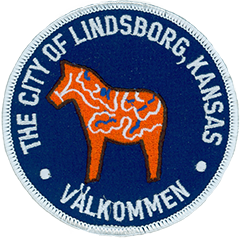 The officers of the Lindsborg, Kansas, Police Department display two patches on their duty uniforms. On the left sleeve is the city of Lindsborg seal, prominently featuring the Dala horse. This symbol represents the city’s Swedish heritage, dating back to the late-19th century when Swedish immigrants settled in the area. The right sleeve patch symbolizes the historic downtown and Old Mill Park areas of “Little Sweden U.S.A.,” Lindsborg’s nickname. The flag of Sweden flies over the depicted community, while the wheat along the edges of the patch represents the surrounding agriculture. 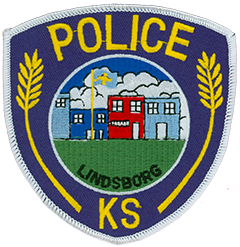