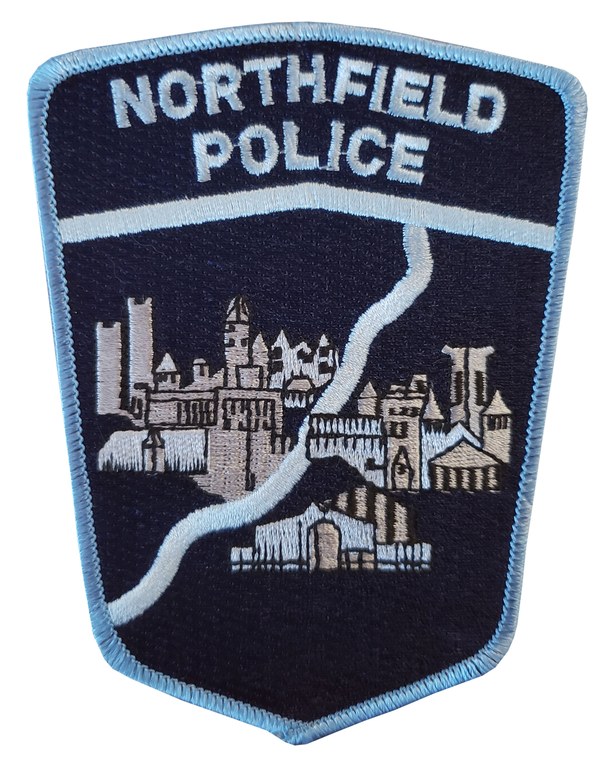 The Northfield, Minnesota, Police Department patch depicts the historical nature of the community. The patch reflects Northfield’s two world-class colleges, St. Olaf College and Carleton College; the significance of the Cannon River; and the contributions of agriculture and grain production. Its design was produced as part of the sesquicentennial celebration in 2006. Another significant fact of the community is that the James-Younger Gang tried to rob the First National Bank in the mid-1800s. This unsuccessful attempt became known as the Great Northfield Bank Raid and is celebrated each weekend after Labor Day during the Defeat of Jesse James Days.