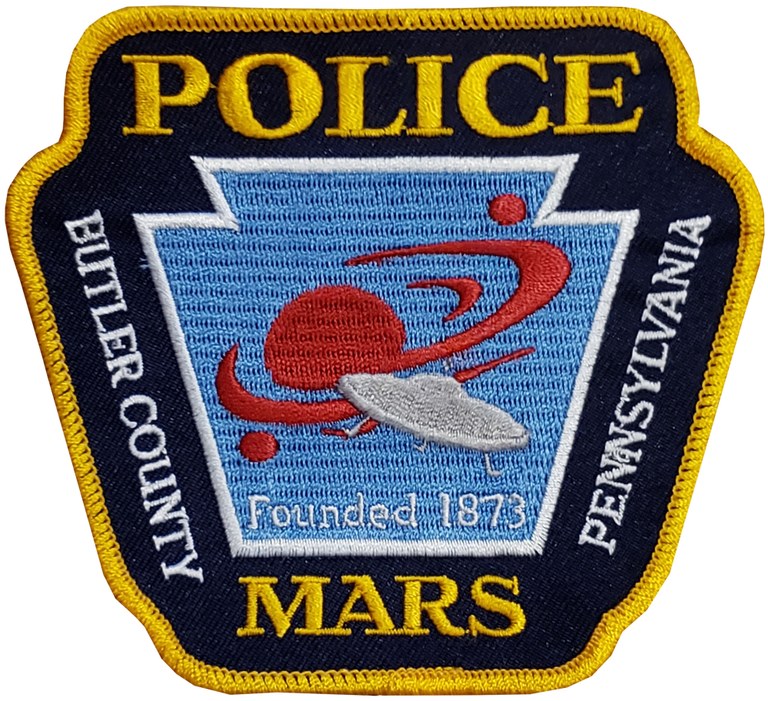 The patch of the Mars, Pennsylvania, Police Department was adopted in August 2002. Shaped like the Pennsylvania Keystone, the patch depicts the red planet, along with a spaceship. A similar spaceship, measuring 7 by 7 feet and weighing 2,800 pounds, sits in a downtown park. Mars, a borough in central western Pennsylvania, was founded in 1873 and is the only town in the United States with that name.