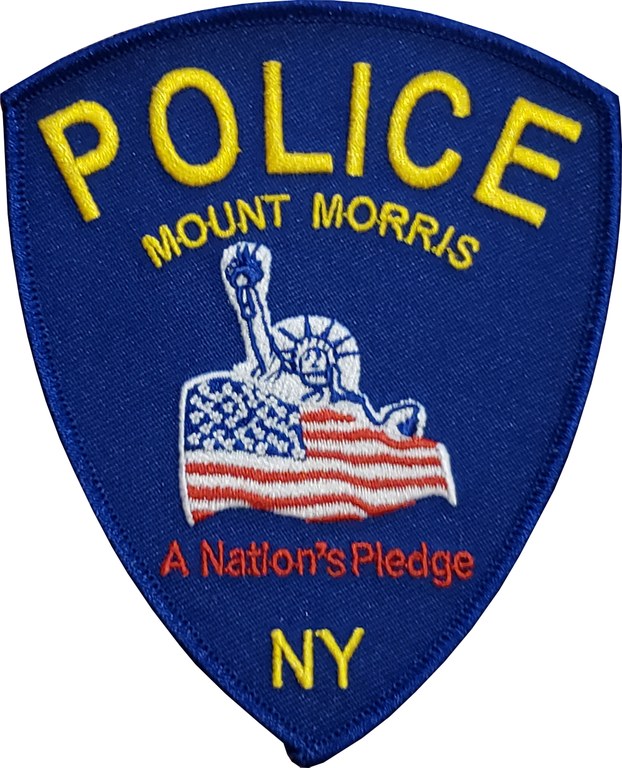 In 2010, the Mount Morris, New York, Police Department adopted its shoulder patch as part of the 175th anniversary of the village. Mount Morris is the birthplace of Francis Bellamy, who wrote the Pledge of Allegiance. The patch features the U.S. flag and the Statue of Liberty in the center with the phrase “A Nation’s Pledge” underneath.