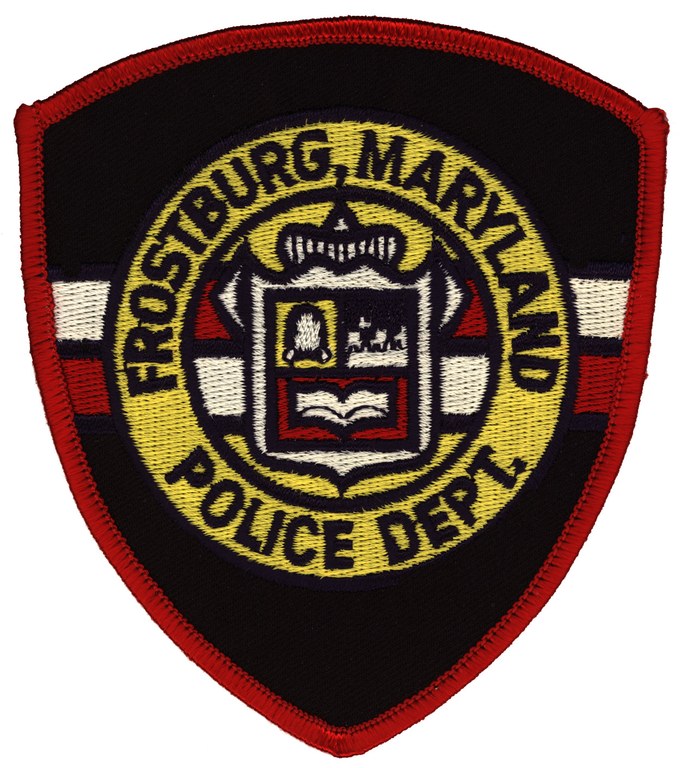 The patch of the Frostburg, Maryland, Police Department reflects the city’s history as “The gateway to the West.” Founded in 1812, Frostburg sits on the eastern slope of the Allegheny Mountains in the western part of the state. It served a role in the westward expansion of the United States, featuring the first federally funded highway—Route 40—and the arrival of the railroad, used to haul the bountiful deposits of coal found in the area.