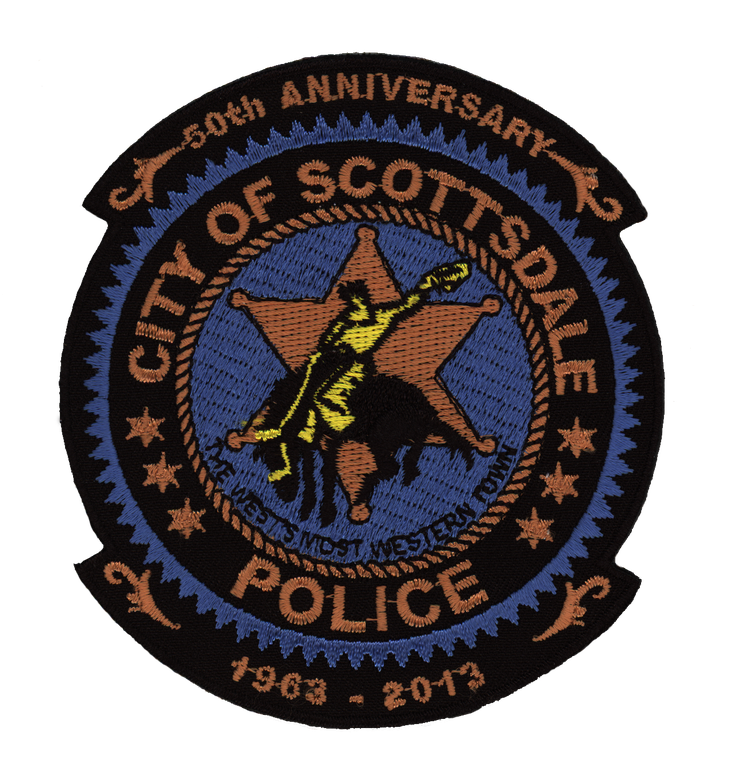 Scottsdale, Arizona, “The West’s most western town,” was founded in 1888 and incorporated as a city in 1951.The patch of the Scottsdale Police Department, with the bucking horse, celebrates the agency’s 50th anniversary, which occurred in 2013. Established in 1963 with 47 full-time employees, the department now employs over 600 full-time personnel and 40 volunteers.