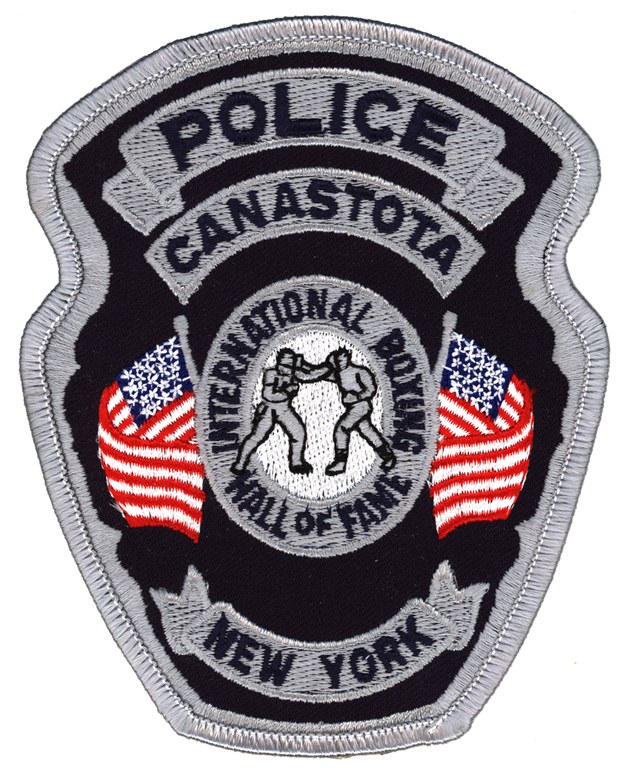 The small village of Canastota, New York, sits in the geographic center of the state in Madison County. During the mid- to late-1800s, it served as a major port on the Erie Canal. More recently, Canastota won renown as the home of two world champion boxers; it serves as the location of the International Boxing Hall of Fame, as well as the yearly induction ceremony. The Canastota Police Department patch recognizes the village’s contributions to the world of sports.