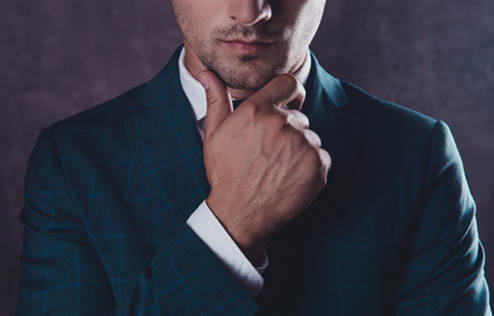 Do you consider yourself ethical and moral? Would you stand for the right thing, even though it may cause personal harm? What effect does perception have on your definition of the just action? How would it affect your leadership if you were not as moral and ethical as you think?

While making a decision involving a conflict of interest, you might suppose you have objectively looked at the information available and given appropriate weight to each factor. Automaticity, consisting of brain functions that occur outside of conscious awareness, interferes with your judgments and leads you to bounded ethicality, the belief that you made ethical and moral decisions when, in fact, you unknowingly succumbed to a conflict of interest.1

“The automatic nature of self-interest gives it a primal power to influence judgment and makes it difficult for people to understand its influence on their judgment, let alone eradicate its influence.”2 Bounded ethicality blurs your vision, causing you to place your personal interests over true objectivity. Your followers do not suffer this same blindness. They see your actions for what they are.

By all accounts, President John Quincy Adams was a religious person who believed in the basic moral teachings of the Bible.3 With his father serving as the second U.S. president, he also felt familial pressures to succeed. Adams appeared ready to follow in his father’s footsteps when he served as secretary of state for President James Monroe. During this period in history, that position was deemed the last step before ascending to the presidency.4

Immediately, Adams, Jackson, and Crawford tried to influence House members. Bargains and behind-the-scenes deals took place. Despite Jackson having more electoral and popular votes than the other candidates, the House selected Adams as the sixth president of the United States. To secure the votes he needed to become president, Adams entered into multiple secret alliances, including one involving the promise to name Clay, the speaker of the House, his secretary of state. Jackson, along with others, referred to this promise as a “corrupt bargain.” He later used references to the corrupt bargain to win the presidency in 1828.6

Likely, bounded ethicality stunted President Adams’ ability to properly judge how his deal with Clay would affect his leadership. “Ethical decisions almost always involve consequences for self and/or others, and it is this social component that brings forth a surge of self-oriented motivations in ethical decision making.”7 His self-interest, becoming president, altered his judgment and allowed bounded ethicality to take effect.

A desire to succeed should not make you should feel ashamed. Yet, the route you follow to achieve that success will affect your leadership. Because bounded ethicality operates in a subconscious state, leaders continually must commit to remaining neutral and impartial. Simple steps, such as publicly committing to serve as a fair leader, can help you avoid the effects of bounded ethicality. The next time you face an important decision, ask yourself how it would affect you and whether your chosen action serves a personal need or helps better the followers you serve.

M. Bret Hood, a retired FBI supervisory special agent and current director of a leadership and financial crimes instructional firm, prepared this Leadership Spotlight. He can be contacted at 21puzzles@gmail.com.

2 Don A. Moore and George Loewenstein, “Self-Interest, Automaticity, and the Psychology of Conflict of Interest,” Social Justice Research 17, no. 2 (June 2004), accessed April 14, 2017, https://www.andrew.cmu.edu/user/gl20/GeorgeLoewenstein//Papers_files/pdf/Self-IntAutoPsychConflictInt.pdf.