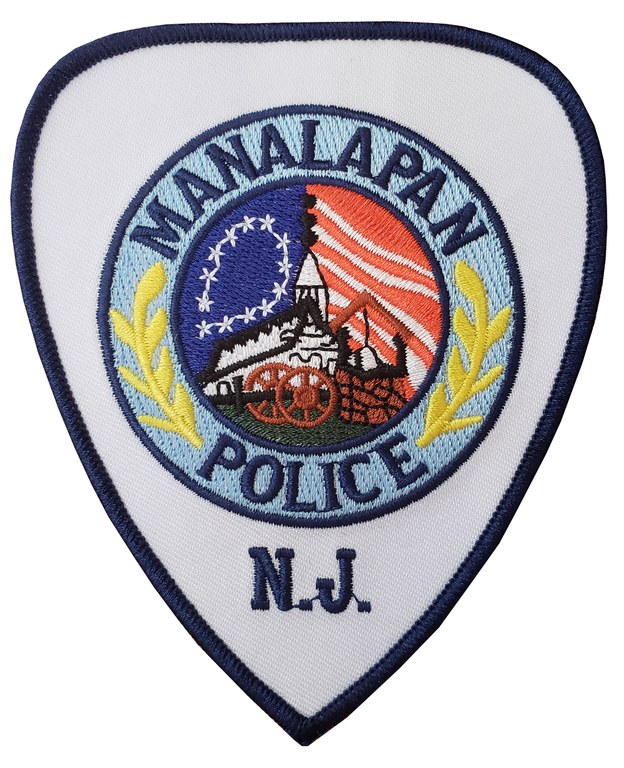 The Manalapan Township, New Jersey, Police Department’s patch richly represents and honors the township’s history. The stars of the Betsy Ross flag in the background represent the 13 colonies that fought for their independence during the American Revolutionary War. In the foreground are a cannon and the Old Tennent Church, which was a prominent site in the Battle of Monmouth, where the patriots defeated the British. The church, founded in 1692, served as a hospital during the conflict and remains in use today as a place of worship. The old water well was used by Molly Pitcher, who famously served water to, nursed, and fought beside the patriots of the Continental Army during the battle, which occurred on Manalapan soil on June 28th, 1778.