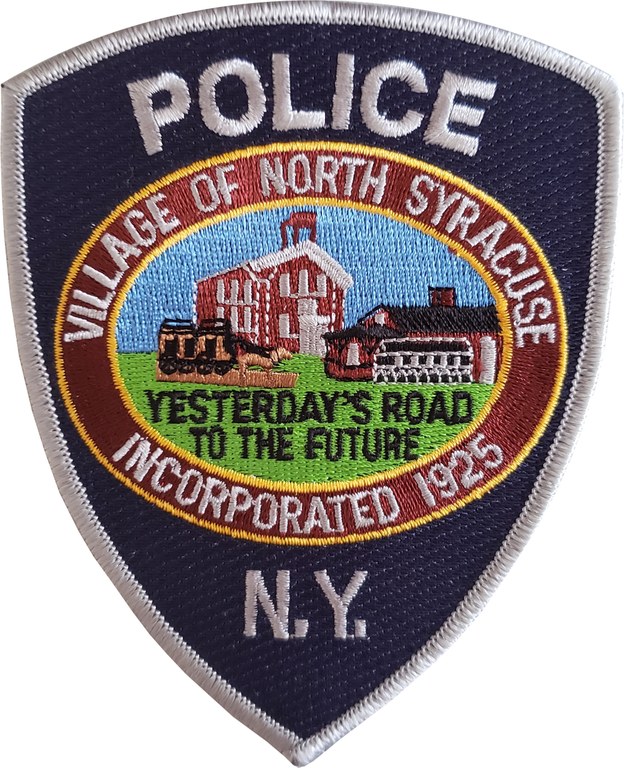 The patch of the North Syracuse, New York, Police Department bears the motto “Yesterday’s Road to the Future” and depicts scenes from the city’s early history in upstate New York. In the center, a horse and wagon travel on the first plank road in the United States. Built in 1846, it spanned over 16 miles on what originally was an old Native American trail called the Thousand Island Trail that stretched through New York State from the Thousand Islands region to Pennsylvania. Also depicted is an old schoolhouse that served the community well over a century ago and a trolley and trolley barn that serviced commuters running from the north part of the county through North Syracuse to the nearby city of Syracuse.