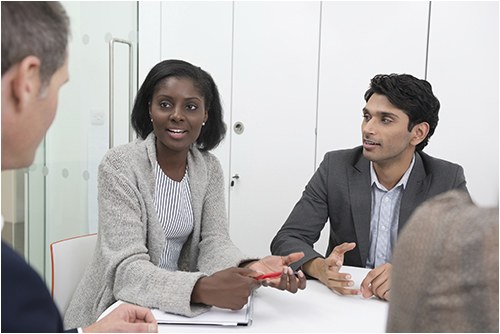 I spent this summer thinking about some advice offered by a colleague: “If you don’t stand up for your ideas, no one else will.” Though wise guidance, what I heard was, “If you don’t shove your ideas down their throats and go after them like a rabid dog, no one will ever back you.” I perceived it that way because, for some of us, even a remotely assertive attitude is an anathema to one’s personality. Outright aggression, on the other hand, is reserved for rallying help to aid a bus full of orphans trapped on the railroad tracks as the daily express train speeds toward them.

Leadership, whether in a titled or informal position, requires many traits, not all of which come naturally to each of us. Even for those who are more “confident and direct in claiming one’s rights or putting forward one’s views,” the puzzle of when to be assertive, or even aggressive, has many pieces.2 When should we assert ourselves, and to whom? How forceful should we be? How often should we reassert ourselves? Concerns voiced too early, too often, and too loudly serve only to deafen those who should listen. They hear the instant disquiet much like one hears a dog bark at every leaf and bird as if it were a hostile, invading force. Concerns voiced too late or too quietly are much like mosquitoes—a quick slap or spray of repellent will extinguish them.

Those who avoid assertiveness often regret their lack of action later, which leads to negative feelings about oneself and the topic of concern. While it is not easy to develop assertiveness, many tools are available to help. Imagine you lead a squad supplied with woefully outdated and worn equipment. First, be realistic about what might happen if you are assertive. Is your imagined worst-case scenario really likely to happen? Will you be fired or demoted for requisitioning better equipment? Second, remember you are voicing a request for your squad—you are not trying to take anything from anyone else. Third, try role-playing your petition with a colleague or practicing in your car. Stating your request or opinion out loud can lessen anxiety. Lastly, put yourself in the shoes of the captain to whom the request is being made. Does the individual prefer informal conversations followed by specific paperwork? Would the captain rather receive a detailed report supporting the purchase followed by a conversation later? Focusing on how the other person would like to be approached often curtails the focus on one’s own anxiety. As you go forward, remember, “It is not who you are that holds you back. It is who you think you are not.”3