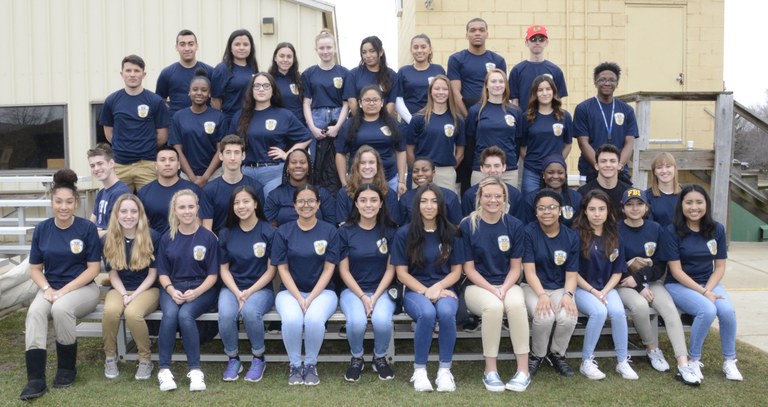 In 2021, FBI Special Agent Sarah Henkelmann received two awards for exceptional public service, the William H. Webster Award and Director’s Annual Award for Excellence, for her work with the FBI Explorers, a program for disadvantaged teens and young adults to learn about law enforcement and careers with the bureau. Special Agent Henkelmann’s efforts “have saved or helped launch lives of consequence” for hundreds of at-risk teens, said former FBI Director William Webster.

Now retired, Special Agent Vick Lombardo recruited Special Agent Henkelmann to develop a chapter of the FBI Explorers at the bureau’s Chicago office. “I have two wonderful kids who have been very blessed to be born in the right family and have an education and a safe home,” said former Special Agent Lombardo. “I felt obligated to help out the kids who didn’t have those blessings on the front end.” There was no curriculum or budget — just a sincere desire to help.

Special Agent Henkelmann joined the effort and quickly created a curriculum. Using her training in Quantico, Virginia, for inspiration, she created a miniature FBI Academy experience in which students investigate a case, from complaint call to arrest. She recruited experts to discuss topics including bomb technician and undercover work and created surveillance scenarios and evidence response operations — anything to put the students in the role of investigators.

This program meets every other week for two hours over eight months and is staffed by employees of the FBI’s Chicago office who volunteer outside of work hours. The team first recruited students from a nearby preparatory school. Students loved the program, and over the years recruitment spread to other schools in the Chicago area, bringing in more teenagers with different ethnic and socioeconomic backgrounds.

Nearly 90 applications are received annually, with fewer than 40 students selected. Each year, three graduates are chosen to return to the class as mentors.

Samantha, a Chicago resident, first learned about the Explorers program from her son Oliver. He kept telling her about the FBI agents who visited his school. “He was so intense about it. He just thought it was so impressive,” she said. Oliver knew all the deadlines and convinced his mom to let him join. She reluctantly agreed.

“We were sort of naive about the scope of what the FBI works on,” Samantha said. She feared Oliver would pursue a law enforcement career, risking his life and confronting criminals. But, as she learned more about the FBI through a parent orientation and her son’s homework assignments, her mindset changed.

“It wasn’t what you might think of in a movie scene. It was really more forensic, analytical, working toward helping and solving crimes,” Samantha said. 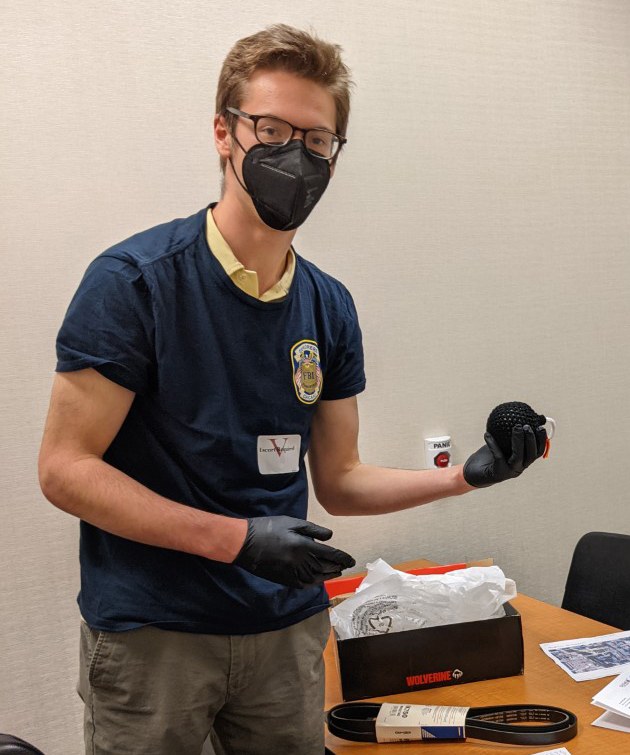 Oliver’s excitement rubbed off on his younger brother, Julian, who joined the Explorers when he was a high school junior. He particularly enjoyed presentations on the Boston Marathon bombing response and behavioral analysis. After graduating from the program, Julian was chosen to return as a mentor.

“I think the Explorers has done a great job teaching about the FBI and giving us so many skills that we can draw on, in all aspects of our lives,” Julian said.

The FBI Explorers has seen several positive transformations. For one graduate, the experience led to an internship with the FBI’s Cincinnati office. Employees from the Chicago office also helped limit gang influence, became aware of students who lived in abusive homes, and assisted them in finding a safe environment. In one case, former Special Agent Lombardo noticed a student’s unusual behavior and learned he was contemplating suicide. The team of employees intervened to get the student help. They spoke to the teen and his mother and learned he was bullied in school. He is now in his first year of college and is stable, happy, and doing well.

After nine years in the program, Special Agent Henkelmann is turning the reins over to a new batch of volunteers. The time commitment is significant, but she believes it would be a real benefit to have more FBI Explorers programs in the bureau (only two exist — in the Chicago and New York offices).

“I think if other divisions were willing to look into this a little bit, it would really make an impact on their community, on our future recruiting efforts, and how the public sees the bureau,” she said. “I could never have predicted ... that we would get to see such great things come out of it. There are probably so many other things we don’t know about, but we’ve been really excited about the ones we do know.”