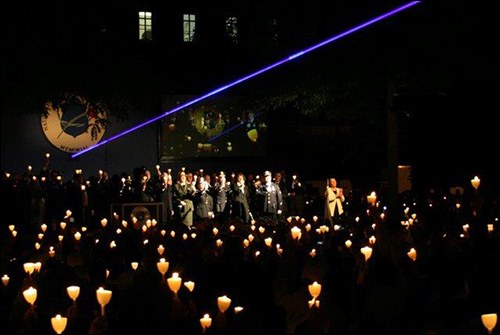 On August 28, 2012, I was working as a West Virginia state trooper when two fellow officers, Corporal Marshall L. Bailey and Trooper Eric M. Workman, made the ultimate sacrifice. Both were shot and killed during a roadside investigation. The unfortunate deaths of Corporal Bailey and Trooper Workman influenced my new career path with the FBI Law Enforcement Officers Killed and Assaulted (LEOKA) program providing Officer Safety Awareness Training (OSAT).

OSAT is based on 20 years of research focusing on preventing officers from being critically injured or killed and increasing their chances of surviving an attack. The LEOKA program provides valuable officer safety awareness information to law enforcement officers across the nation. It was created to help reduce the number of officers killed and, subsequently, names added to the National Law Enforcement Officers Memorial (NLEOM) wall in Washington, D.C.

The memorial wall, which currently includes the engraved names of nearly 20,000 fallen law enforcement officers, is designed as a never-ending honor to these heroes. Unfortunately, the wall changes each year with the addition of more names.

Over the years, I have wanted to visit the NLEOM wall during National Police Week and the various memorial events centered around May 15, a day nationally recognized as Peace Officers Memorial Day. However, I always seemed to have a reason why I could not make it. I was too busy, had a scheduling conflict, or used some other mundane excuse.

However, this year I was fortunate enough to travel to our nation’s capitol to see the wall and witness the events firsthand. It was a trip I will never forget and a visit long overdue.

As I emerged from the Metro tunnel onto Judiciary Square, I immediately was within view of the NLEOM, and I was speechless when seeing all of the law enforcement officers, along with their families and friends, paying their respects. The wall was lined with memorabilia from families, colleagues, and friends. Several officers took photographs of the wall, while others used paper and pencil to create impressions of the name of a fallen officer.

I was moved by a woman and a young boy kneeling at the memorial wall and watched as the boy created a paper impression of a fallen officer’s name. Witnessing this gave me a greater respect and understanding of the purpose of the LEOKA program’s mission.

I, too, needed to find the names of my fallen brothers and pay my respects. I found not only the names of the two West Virginia state troopers but also the name of Sergeant Michael Todd May. Sergeant May was employed by the Monongalia County, West Virginia, Sheriff’s Office when he was tragically and intentionally killed by an intoxicated driver on February 18, 2012.

I made paper impressions of their names and could not help but reflect on the impact each of their deaths had on their families, friends, and colleagues. Those paper impressions now are pinned at my desk as a daily reminder of my mission and purpose in the LEOKA Program.

As the sun went down, Chairman and Chief Executive Officer of the NLEOM Fund Craig Floyd provided opening remarks to the candlelight vigil. The two keynote speakers, U.S. Attorney General Eric Holder, Jr., and U.S. Department of Homeland Security Secretary Janet Napolitano both paid their respects to all of the fallen officers.

As the ceremony continued, a blue laser of light was projected from the center of the stage and directed across the audience of law enforcement officers to represent The “Thin Blue Line.” Prior to the vigil, each member of the audience received a candle, and when the moment came, I was amazed at how quickly all the candles were lit. A sea of glowing lights shined across the thousands of people in attendance. It was a surreal moment as I reflected upon the senseless deaths of the law enforcement officers.

The visit to the NLEOM gave me a whole new outlook on who I am and what my purpose is. I now have a better understanding of the LEOKA program’s purpose and a refined vision of reducing the number of law enforcement officer deaths each year.

I believe Vivian Eney Cross, a survivor, said it best when she stated, “It is not how these officers died that made them heroes, it is how they lived.” It was an experience I will never forget and a visit long overdue.

Mr. Wright can be contacted at philip.wright@ic.fbi.gov.

FBI/LEOKA Training Instructor Brian McAllister, who traveled with me to witness the memorial events, took these photographs as I created impressions of the names of the fallen troopers.

The second photo was taken over my shoulder as I created the impression of Eric M. Workman’s name. (You can see the name of Marshall L. Bailey, which is partially covered by my left index finger and the piece of paper.) 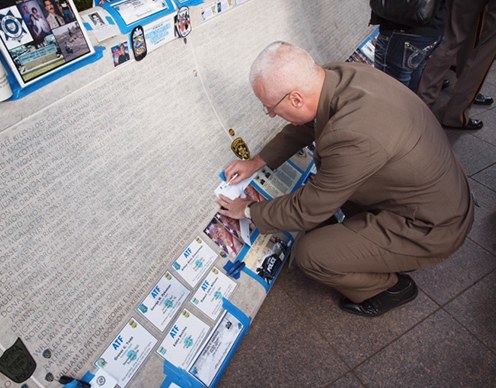 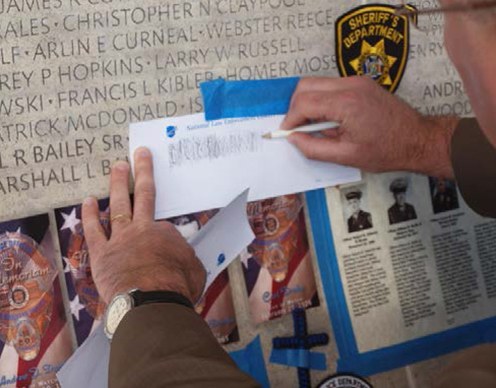 I snapped this photo later, when I happened to notice a trooper doing the same thing, making impressions of the names of other West Virginia State Police Troopers. 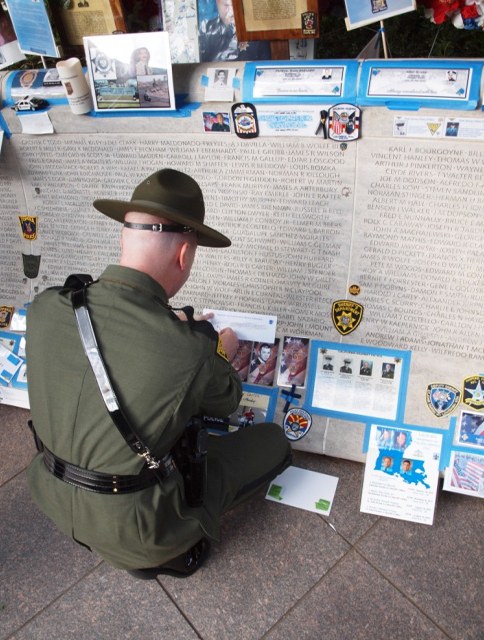