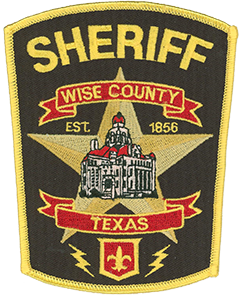 Wise County, Texas, was founded in 1856 and is named after U.S. Congressman Henry A. Wise of Virginia, who had supported Texas’ annexation by the United States. The patch of the Wise County Sheriff’s Office features a large gold star beneath two red banners showcasing the county and state names, respectively. The visually stunning Wise County Courthouse is depicted atop the star. Built in 1896 of pink granite and marble, the courthouse is the third to serve the county since its founding, the first two falling victim to arson. The emblem of the “Lost Battalion” is shown at the bottom of the patch. In March 1942, the battalion’s members—most of whom were from western Texas—survived the sinking of the cruiser U.S.S. Houston and spent the next 42 months as prisoners of Japanese forces.