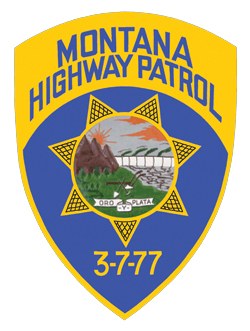 The Montana Highway Patrol patch was adopted in 1956 as a tribute to the Vigilantes, the first law enforcement group in the Montana Territory. The Patrol star with the state seal is at the center of the patch, above the Vigilante code, “3-7-77.” Around 1863, the Vigilantes began using the code as they sought to bring peace to the territory. To this day, its true significance remains a mystery.