By an FBI Intelligence Analyst 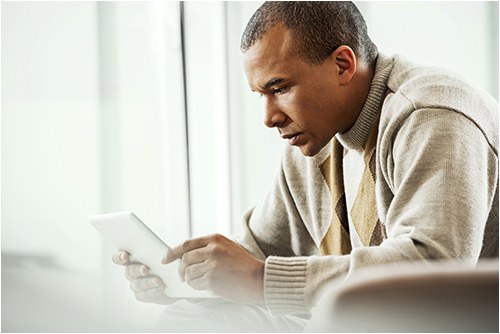 Social media can increase chances for a successful recovery of parental kidnapping victims by increasing awareness and leveraging global human intelligence. Due to the worldwide availability, popularity, accessibility, and low cost, Internet platforms provide an effective means for helping to apprehend kidnappers and recover victims. With the use of social media, law enforcement and victims can extend awareness that reaches across political boundaries and international borders and encourages individuals to help in the search for the suspect and victim.

Social media is an excellent source for information dissemination and receipt. It provides an avenue for the public to participate and allows people to invest themselves in the search. Individuals look for stories or issues to occupy themselves. Searching for a kidnapped child provides an avenue for people to not only follow the story, but also to participate and work for a purposeful cause. Social media can help locate suspects and lure them into communicating and posting information online, which can provide an IP address that will assist with geolocation.

With the father’s permission, a mother took her son to a foreign country to visit family. She did not return, thus kidnapping her son. The father understood that the United States did not have an extradition treaty with that country and that their laws were sympathetic to mothers in such cases. Through social media the father was able to mobilize volunteers to look for his son. By doing so he was able to apply enough public pressure on the mother to flee with their son and move to a different country with which the United States did have an extradition treaty. Through social media the kidnapped victim’s father assisted law enforcement in locating the son. Officers arrested the mother and reunited the son with his father.

Due to the father’s social media efforts, which he closely coordinated with the FBI, he was able to recruit several volunteers worldwide who provided significant assistance. These individuals translated online posts and posters into the local native language; informed the father of local culture and mind-sets, which helped him tailor his message; placed posters at local establishments; and investigated sightings of the victim. Ultimately, an individual who was familiar with the website spotted the mother and son and contacted the father. The father shared the information with the FBI which helped reunite him with his son. Officials extradited the mother to the United States. Throughout this process the father followed five important steps.

Social media, if improperly used or not coordinated, can negatively affect a case. Lack of coordination hinders an investigation by prematurely releasing information, unwillingly alerting a suspect to the status of the case, or inadvertently causing volunteers to interfere with law enforcement action. Perpetrators sometimes use social media to target potential victims, mine information leaks, or perpetuate false information to impede law enforcement’s efforts to locate the victim.

The father of the abducted 8-year-old boy provided credible information that led to the recovery of his son and the arrest of his ex-wife who abducted the boy. Through the father’s tactics on social media, he was able to locate and alert the FBI of their location. This process was successful only because the father closely coordinated his activities with the FBI.

The victim’s father rarely acted without the FBI’s approval and passed all leads and information to agents. After the mother and son were spotted, the father did not want to alert the mother, so no targeted postings were made to sites in the area. Instead, the father increased postings in other areas, which gave the mother a false sense of security. This allowed the FBI to coordinate with local law enforcement, apprehend the suspect, and reunite the child with his father.

Using renowned global social networking sites and establishing domain names used in countries suspected of being the kidnapper’s destination can help establish a solid platform. This will ensure the message reaches the target audience, creates the proper awareness, and alerts the public to how they can get involved. Social media amplifies a plea for assistance by reaching across international borders, cutting through cultural divides, breaking through language barriers, and reaching remote corners of the world more quickly than any traditional form of kidnapping alert or diplomatic liaison.

The victim’s father purchased domain names—using his name and his son’s name—in every country the mother was suspected of hiding the son in order to bring local awareness to citizens in those countries. Every domain name had the Domain Name System, which increased search engine hits in each country the domain was issued.1 Additionally, the father started a social media page and a website that became his main method for communicating with the public.

When establishing the Internet platform, consistent branding and a unified message present a cohesive image to the public. This image could increase the likelihood of individuals remembering and conveying the message. The victim’s father saw the need for consistent branding, so he created a publicly appealing name and applied it to both the social media page and the website. The father ensured that all the foreign registered websites were linked to the site he created.

After laying the groundwork, targeted marketing increases exposure and attracts the attention of potential followers, delivers the message, motivates supporters, and assembles information that otherwise might not be available to law enforcement. By targeting areas where the mother was known to travel, a search revealed the social media pages of several businesses in those areas. In the comment section of each of those pages, the victim’s father posted comments, flyers, and links to the social media page and website created to help locate the son. The father’s online presence in particular geographic areas could be increased or decreased as needed.

The father requested and instructed supporters on how to share the link to the social media page. By doing so the popularity of the page increased, resulting in augmented views and greater presence. However, the victim’s father still was not reaching all the webpages possible. To increase popularity for the site, the father paid the social media company to “boost” the posts.2 This enabled parameters to be set based on age range, gender, and geographic location. The cost of the boost varies depending on the size of the targeted geographic location and its population. By paying the social media company a fee, the posts went to other areas as defined by the boost.

Despite some targeted attacks from individuals whose culture favored women in child custody issues, the victim’s father consistently maintained a positive and focused message. Because the father was trying to get the son back home from the mother, some groups made disparaging comments online about the father’s efforts. The father always provided a dignified response, maintained a positive message, and kept the communication focused on the child and not the mother.

Providing a personal response and connecting with followers encourages continued long-term support. Ensuring personal contact, sharing information, expressing gratitude, and showing interest in the volunteers create a sense of connection and indicate a vested interest in the situation. Investigations can take several months, and volunteers can lose interest if they are not dedicated or committed to finding the kidnapped victim.

Supporters of the victim’s father indicated that his personal attention and contact with them when they first visited the page kept them engaged. The father personally thanked every individual who posted a comment or offer of assistance. Some people who posted positive notes had restricted social media pages.3 The victim’s father, who wanted to thank them, paid a fee to the social media company, which posted the thank you message on the blocked pages. This extra effort brought these followers back.

Being open and sharing this personal story touched many of the supporters. The victim’s father also showed interest in other people’s stories and listened to them talk about their struggles. This man listened to a 17-year-old abductee who searched for her father—she became one of the hardest working volunteers.

Advances in technology and the increased use of social media can improve the success rate and decrease the length of time for victim recovery. This is due to the enhancements in speed and geographic range of awareness. Social media provides a platform for directly and instantaneously contacting people worldwide, decreasing the reaction time and increasing awareness. Investigators and victim’s families can use the cost effectiveness of social media to crowd source human intelligence to locate kidnapped victims.

Volunteers still follow the father’s social media page to see updates of the child and follow the family’s progression. Many of these individuals continue to assist the father in other abduction cases. Although this sustained endeavor costs between $1,000 and $1,500, requires an extensive time commitment, and involves personal sacrifices, it penetrates cultural, social, and geographic boundaries to increase apprehension of parental kidnappers and recovery of victims.

1 By purchasing the domain names in each country, the website has a host country-specific extension (i.e. “.de” for Germany), which increases search engine hits in that country.
2 Boosting a page means increasing its visibility on the social media site. The social media company charges a fee to advertise a person’s page on other pages. This fee is based on geographic area, age, gender, and demographics the individual wants to target.
3 By paying a fee, a person can bypass restrictions and send messages to otherwise inaccessible accounts.