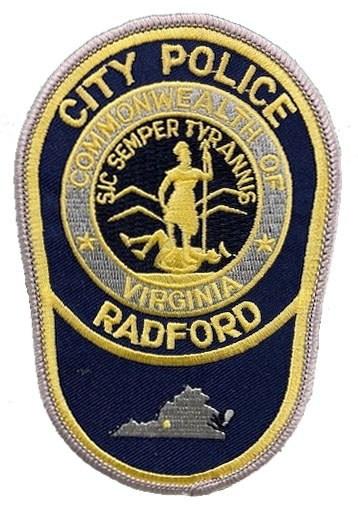 The Radford City, Virginia, Police Department patch features the official seal of Radford, which shows a tyrant being conquered under the words “sic semper tyrannis,” meaning “thus always to tyrants.” Depicted in the background of the seal are the mountains that surround the city. Under the seal is a map of Virginia marked with Radford’s location.