From the Archives: History in the Making (September 1962)

History in the Making (September 1962)

[Published in its original form]

It was the first day of March. The weather was windy and cold with a touch of dampness. Between 8 and 10 o’clock that evening a ladder was placed at the nursery window of a Hopewell, N.J., home, and a 20-month-old baby boy was kidnaped. The distraught parents met a $50,000 ransom demand in frantic hope the baby’s life would be spared. Their efforts failed; its body was found on May 12 in nearby woods. The young child was Charles A. Lindbergh, Jr. The year was 1932. (Four years, 1 month, and 2 days later, Bruno Richard Hauptmann was executed after being convicted in New Jersey State court for the murder of the Lindbergh baby.)

In response to this tragedy and to outraged public opinion, Congress passed the Federal Kidnaping Act on June 22nd of that year which made kidnaping a Federal violation punishable by death. The FBI was given the responsibility for its enforcement.

On May 28, 1932, the National Convention of the Communist Party met in Chicago and nominated William Z. Foster for the Presidency of the United States. In the November 8th general election, Foster ran a poor 4th in a field of 7 candidates. The Democratic Party nominee, Franklin Delano Roosevelt, carried all but 7 States, with 472 electoral votes to 59 for President Herbert Hoover, the Republican Party candidate.

The spring and summer of 1932 brought a most unusual scene to the Nation’s Capital. In late May, the first contingent of the “Bonus Army” arrived and set up camp near Capitol Hill. By mid-June the number of ex-servicemen had risen to about 17,000. Their goal—Congressional authorization for the immediate cashing-in-full of soliders’ bonus certificates. The bill passed the House on June 15th but was killed in the Senate.

America’s first lady of aviation appeared prominently in the news that year. On May 20, she became the first woman to cross the Atlantic in a solo flight which took 13 hours and 30 minutes. Her name—Amelia Earhart. (On July 2, 1937, Miss Earhart was reported missing on a flight over the Pacific. Neither she nor her plane was ever located.) 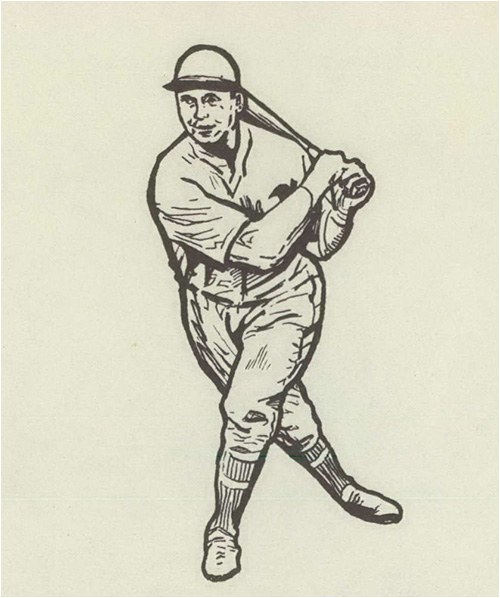 In late summer and fall, the principal topic of conversation throughout the country, aside from the coming elections, was the most exciting baseball season in years. The redoubtable Jimmy Foxx made a bid for Babe Ruth’s home-run record of 60. He missed by two. The New York Yankees, the scourge of the American League, swept four straight from the Chicago Cubs to win the 29th annual world series, and Army defeated Navy, 20-0, in their annual football contest at Franklin Field in Philadelphia.

Southern California defeated Tulane 21 to 12 in the 17th annual Rose Bowl game, and the University of Michigan was the year’s national football champion with an unblemished record. Burgoo King won both the Kentucky Derby and the Preakness, and Faireno the Belmont Stakes. Jack Sharkey became the world’s heavyweight boxing champion on June 21 with a 15-round decision over Max Schmeling in New York.

A great blot on the Nation’s conscience in 1932 was its fantastic crime wave. The gangster era of the early thirties was in full swing, and roving gangs of hoodlums were prevalent throughout the country. According to Uniform Crime Reports complied by the FBI, the number of offenses known to police during 1932 totaled 762,390.

In September of that year, 30 years ago this month, some 6,000 police officials throughout the country received the first issue of a new monthly police journal published by the Federal Bureau of Investigation. It was called “Fugitives Wanted by Police” —the forerunner of today’s FBI Law Enforcement Bulletin.

Its purpose and apparent need were explained by Director Hoover in the first issue. He stated, “In an effort to amplify and render of increased value the current exchange of criminal identification data among the United States Bureau of Investigation (FBI) and law enforcement officials in this country and abroad, it has been suggested that a bulletin be issued periodically in which will be listed data with reference to individuals for whom warrants are outstanding, and who are wanted by the law enforcement officials for major crimes. It has been necessary to definitely limit the scope of the proposed bulletin to this arbitrary classification of major crimes. At a later date, if the value of this service is definitely established, it may be possible to broaden to a considerable extent the scope of subsequent bulletins.” 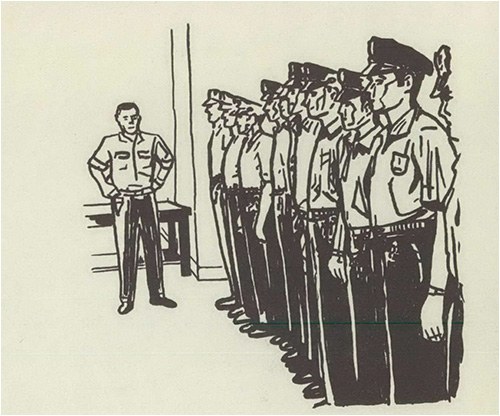 Mr. Hoover’s foresight has been sustained repeatedly over the years. Today, the FBI Law Enforcement Bulletin is a professional journal which publishes timely articles and editorials regarding crime trends, police administration and related matters. Distributed monthly to police officials, civic leaders, and others having a special interest in this field, the Bulletin serves as a medium for the mutual exchange of ideas and the discussion of problems confronting the law enforcement profession.

Our Nation was engaged in a great military conflict in the year 1942. American military pride was given a series of rude shocks as our forces were shoved off island after island in the Pacific. The chief defeat was the collapse of Bataan after a hopeless, heroic stand by last-ditch defenders on Corregidor. Relief from a long series of setbacks came in May when our Naval fleet defeated a Japanese armada in the battle of the Coral Sea, and again in June when our torpedo bombers routed an enemy task force in the Battle of Midway.

The infamous “Death March” began at dawn on April 10 that year. American and Philippine prisoners taken at Bataan were forced to march 85 miles in 6 days with but one meal of rice during the period. At the end of the march, which was punctuated with atrocities, more than 5,200 Americans and many more Filipinos had lost their lives.

It was April 18 that America struck its first offensive blow in the Pacific. A bomber group led by Major General Doolittle attacked Yokohama, Kobe, and Nagoya. On May 6, Corregidor and remaining Philippine islands were surrendered by General Wainwright to the Japanese. Some 7,000 American and 5,000 Filipino prisoners were taken.

A memorable, historic statement was radioed from the South Pacific by U.S. Naval Flyer David F. Mason on January 8, 1942. Spotting a surfaced Japanese submarine, he swooped down, unloaded his charges, and then climbed again to watch the battered submarine sink. His terse report, “Sighted sub, sank same,” became famous overnight. 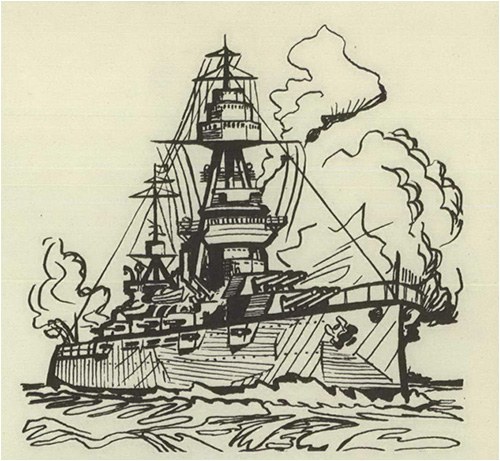 Back in Boston, Mass., on November 28, one of the worst single fires of modern times occurred as the Coconut Grove night spot burned to the ground. Some 487 persons died, mostly from asphyxia and trampling.

The year’s National College Football Champion was Ohio State with 9 wins and 1 loss. Alsab won the 66th annual Preakness Stakes. Shut Out took both the Kentucky Derby and the Belmont Stakes. Oregon State defeated Duke University in the Rose Bowl game, 20 to 16, played for the first and last time in Durham, N.C., because of restrictions of large crowds on the west coast due to wartime emergency plans. The American League won the 10th annual all-star game, 3 to 1, at the Polo Grounds in New York City, and the St. Louis Cardinals of the National League defeated the New York Yankees 4 games to 1 in the 39th annual World Series. Navy defeated Army 14 to 0 in their annual football contest held at Thompson Stadium, Annapolis, Md.

In 1942, Americans felt the full impact of wartime rationing. Sugar and gasoline rationing began in May, and coffee rationing started in November. Gasoline was limited to 3 gallons per week for nonessential driving, and the nationwide speed limit for automobiles was set at 35 mph.

Law enforcement throughout the country geared itself to fulfill its responsibilities in the Nation’s all-out war effort. In the January 1942 FBI Law Enforcement Bulletin, FBI Director Hoover in a message to all law enforcement officers pertaining to the Japanese attack on Pearl Harbor said in part, “Law enforcement is prepared for the fight...January 1942 finds law enforcement more closely united and more fully apprised of our Nation’s need than ever before. Let us continue throughout the year to keep fully informed of our individual and collective problems, and resolve steadfastly to protect America’s internal security from the treachery of our enemies to the last drop of blood in our veins.”

On October 31, 1942, graduation exercises were held for members of the 20th Session of the FBI National Academy, an advanced training school founded by the FBI in July 1935, to qualify graduates as administrators and instructors in their departments.

An estimated total of 1,436,748 major crimes occurred in the continental United States during 1942 according to the Uniform Crime Reports released by the FBI. During an average day there were 31 felonious homicides, 27 rapes, 142 other felonious assaults, 129 robberies, 729 burglaries, 459 car thefts, and 2,416 miscellaneous larcenies—a crime every 21.9 seconds.

1952—this was the year of flying saucers. Unidentified objects, which appeared to be luminous disks or saucers, were reported flashing across the night skies all over the Nation. There was wide-spread conjecture that these objects were manned by emissaries from outer space, a theory unsupported by official spokesmen. 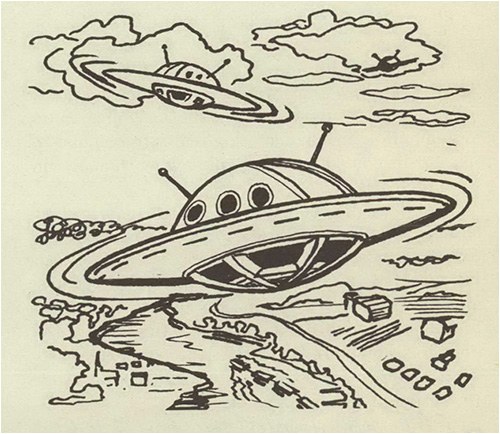 This was also the year for the presidential election, and the Republican National Convention, meeting on July 11, nominated Gen. Dwight D. Eisenhower for Presidency and Senator Richard M. Nixon for the Vice Presidency. The Democratic National Convention on July 26 nominated Governor Adlai E. Stevenson of Illinois for the Presidency and Senator John J. Sparkman of Alabama for the Vice Presidency. In the November 4 election, Gen. Eisenhower won by an electoral vote of 442 to 89.

Michigan State was declared the National College Football Champion, and Illinois defeated Stanford by a score of 40 to 7 in the Rose Bowl in Pasadena, Calif., before 96,825 fans. 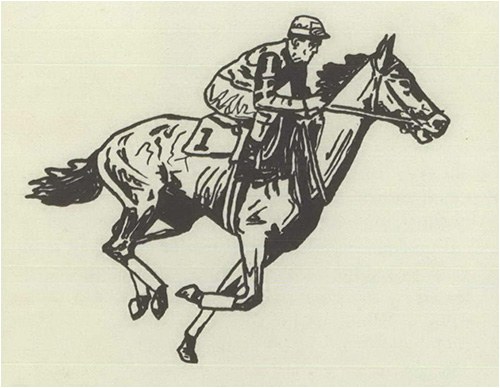 This was the year that Rocky Marciano won the world Heavyweight Championship by knocking out Jersey Joe Walcott in the 13th round, and Navy defeated Army, 7 to 0, in their annual contest at Municipal Stadium, Philadelphia.

Major crimes in the United States climbed above the 2 million mark in 1952. The upsurge was reflected in all crime categories for an overall increase of 8.2 percent above the previous year’s total. The total of estimated major crimes was 2,036,510 as compared with 1,882,160 for 1951.

In commenting on increasing crime rates and assaults against police officers in the November 1952 FBI Law Enforcement Bulletin, Director Hoover stated, “Last year 64 police department employees were reported killed in line of duty in the entire United States, many as a result of criminal violence…an increase of more than 75 percent over the total…during 1950.”

“These figures should be a clear warning to both the police profession and the general public. Being faced with the possibility of a developing threat to the peace and security of every community, we will be guilty of using extremely poor judgment if we do not make certain that all law enforcement agencies are fully manned and professionally paid and equipped to discharge their duties. Anything short of this condition is an invitation to a crime wave.”

On November 14, 1952, there were 59 law enforcement officers graduated from the FBI National Academy. The class was composed of representatives from 30 States, the District of Columbia, Canada, and Puerto Rico, as well as representatives of the U.S. Marine Corps and the Provost Marshal General’s Office of the U.S. Army. With this graduation, the total of FBI National Academy graduates rose to 2,587. Today, the number of graduates totals 4,173.

From the Archives features articles previously published throughout the 80-year history of the Bulletin. Topics include crime problems, police strategies, community issues, and personnel, among others. A link to an electronic version of the full issue will appear at the end of each article.