Energy Conservation as a Budget Multiplier 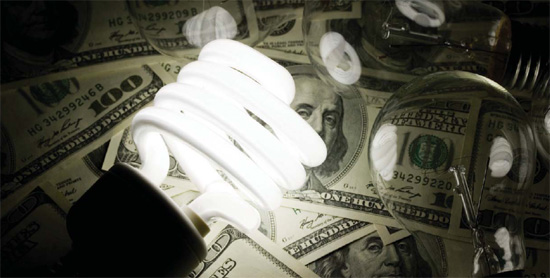 As the nation’s economy struggles and local tax revenues drop, the mayor and council members call you, the chief of police, in for a meeting. They advise that they cannot continue to fund the police department at the current budget levels; they want to lay off officers. What are you going to do? How are you going to respond?

By proactively taking certain steps now, law enforcement agencies can begin to decrease operating costs. The opening scenario may not occur. But, if it does, leaders can demonstrate how they have reduced their bottom line through energy conservation at fundamental budget levels, convincing government officials that they are not only aware of the depth of the financial crisis but are actively engaging in a solution.

In today’s society, although many people believe it is always noble and politically correct to go “green” and save the environment, employees may not buy into the program without motivation. They must understand the need to conserve, and organizations must regularly inform them of the progress and results of their efforts. Each area of the country is unique in its needs and uses of energy for different reasons. Police officers in the Arizona heat may want to leave their patrol cars running when unoccupied to keep them cool. In Jackson Hole, Wyoming, officers may want their cruisers running because of the frigid temperatures. Most agencies have chargers for every electronic gadget plugged in all over the department. Officers plug in radio battery and cell phone chargers, automated external defibrillators, and jump packs for cars even when they are not using or charging them. Further, many organizations regularly leave all of the lights on in their buildings.

Jackson, Wyoming, is one of the most beautiful places in the world. Its citizens care about the future of the planet and ecosystem and continue to increase their environmental awareness. The Jackson Police Department operated in the business mode outside the community norms. Officers often left cars running for hours at a time while they completed reports in the station. They joked to each other how they turned their vehicles on in November and turned them off in May. Many community members complained to the police chief and town council that the department was not being energy efficient. Drawing upon the badge of public safety, for several years, the chief declared such practices necessary for the good of the community. Finally, the town administrator called an all-employee meeting with attendance mandatory. He announced that the budget was getting tighter, and the organization needed to become more aware of budget flow in all areas. When the administrator mentioned energy conservation, the room erupted with the usual laughter. He announced, “I don’t care if you believe in the environmental benefits of conserving energy or not. This has come down to a money issue. Every bit of energy we save translates to money we have in the general fund, which is where we get money for salaries.” Now, of course, he had everyone’s attention and finished by reminding each employee to save energy.

Over the next 6 months, department heads monitored their employees’ energy use. The police chief reminded all supervisors that vehicles should not run while unattended unless the temperature fell below 0 degrees Fahrenheit. Subsequently, supervisors passed that information to officers and brought it to their attention when they discovered a car’s engine running unattended. Soon, officers started reminding each other. The message became clear, even though not particularly popular with some. Employees turned off office lights at night and whenever not needed during the day. The administration department shared educational tidbits to teach officers additional ways to conserve energy. Officers unplugged cell phone and radio chargers when not in use and turned off computer monitors. Additionally, the department installed motion lights in hallways and bathrooms to conserve energy. The mayor and council members applauded the employees’ efforts.

The Jackson Police Department reduced its fleet fuel consumption by 44 percent the next year. Consequently, the energy use for the town hall where the police department is located decreased 23 percent in 2 years. The results of the conservation efforts became obvious to employees in numerous ways. Department heads verbally thanked and acknowledged the success at department meetings and team briefings. As the budget became tighter, the department saved positions that might have been eliminated.

Law enforcement organizations throughout the country face financial constraints and are expected to do more with less. By discovering ways to reduce electricity and fuel costs, agencies may be able to apply such savings to general fund balances and save jobs. They can accomplish these reductions without decreasing public safety while, at the same time, helping to preserve the environment.

Conserving energy and fuel benefits everyone. Law enforcement executives can demonstrate their willingness to lead in tough economic times by implementing innovative programs to resolve decreasing budget conflicts and save jobs in their departments.